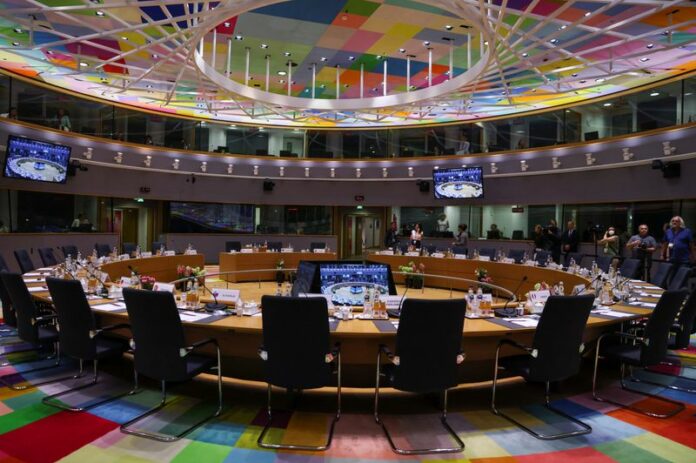 EU plans for life without Russian gas amid inflation spike 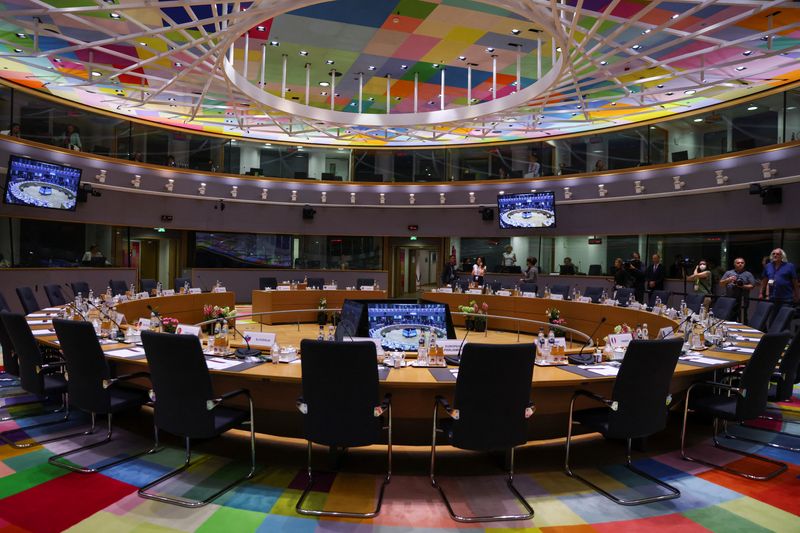 BRUSSELS (Reuters) -EU leaders on Friday warned that “cheap energy is gone” and agreed to boost preparations for further cuts in Russian gas, accusing Moscow of “weaponising” energy via a supply squeeze which Germany warned could partly shut its industry.

A day after celebrations over setting Kyiv on the road to membership of the bloc, Friday’s summit in Brussels was a sober reflection on the economic impact of Russia’s invasion of Ukraine, with growing worries over soaring prices and warnings of a “tough winter”.

“Inflation is a major concern for all of us,” European Council chief Charles Michel told a news conference as the two-day summit ended.

“Russia’s war of aggression is pushing up the price of food, energy and commodities,” he said, adding that leaders had agreed to closely coordinate their economic policy responses.

The summit agreed few concrete steps but the leaders tasked the European Commission with finding more ways to secure “supply at affordable prices” because of “the weaponisation of gas by Russia.”

European Commission chief Ursula von der Leyen said the search for alternative supplies was already in progress, with U.S. LNG deliveries up 75% this year from last year, and Norway pipeline gas deliveries up 15%.

Besides, the EU executive will present a plan on preparedness for more gas cuts from Russia to leaders in July she said, adding: “Hope for the best, prepare for the worst. That’s what we are doing right now.”

The European Commission will come up with proposals and options to discuss at a next EU summit in October, including considering alternative market designs that would potentially include decoupling gas from the formation of the market price for electricity, von der Leyen said.

“We are working on different models, not only to look into how to curb the energy prices or electricity prices but also to look at the market design, with the question: is the market design we have today still fit for purpose?”, she said.

One contentious issue is whether governments should step in to cap prices.

Spain and Portugal capped gas prices in their local electricity market this month, but other states warn price caps would disrupt energy markets and drain state coffers further, if governments had to pay the difference between the capped price and the price in international gas markets.

Leaders of the 27 EU nations placed the blame for a huge spike in prices and sagging global growth on the war that began exactly four months ago.

“The notion of cheap energy is gone and the notion of Russian energy is essentially gone and we are all in the process of securing alternate sources,” Latvian Prime Minister Krisjanis Karins said, adding governments must “support those portions of society that suffer the most”.

Following unprecedented Western sanctions imposed over the invasion, a dozen European countries have so far been thumped by cuts in gas flows from Russia.

“It is only a matter of time before the Russians close down all gas shipments,” said one EU official ahead of Friday’s talks.

German Economy Minister Robert Habeck warned his country was heading for a gas shortage if Russian supplies remained as low as now, and some industries would have to close come winter.

“Companies would have to stop production, lay off their workers, supply chains would collapse, people would go into debt to pay their heating bills,” he told Der Spiegel magazine.

The EU relied on Russia for as much as 40% of its gas needs before the war – rising to 55% for Germany – leaving a huge gap to fill in an already tight global gas market.

Inflation in the 19 countries sharing the euro currency has shot to all-time highs above 8% and the EU’s executive expects growth to dip to 2.7% this year.

Eurogroup chief Paschal Donohoe warned that the bloc must “acknowledge the risk we could face if inflation becomes embedded in our economies”.

“If we don’t pay attention then the whole EU economy will go into a recession with all its consequences,” Belgian Prime Minister Alexander De Croo warning of a potential “tough winter” ahead.