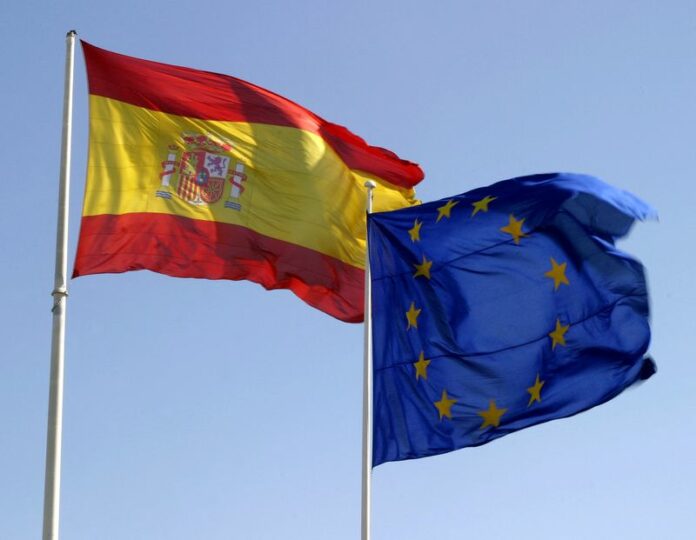 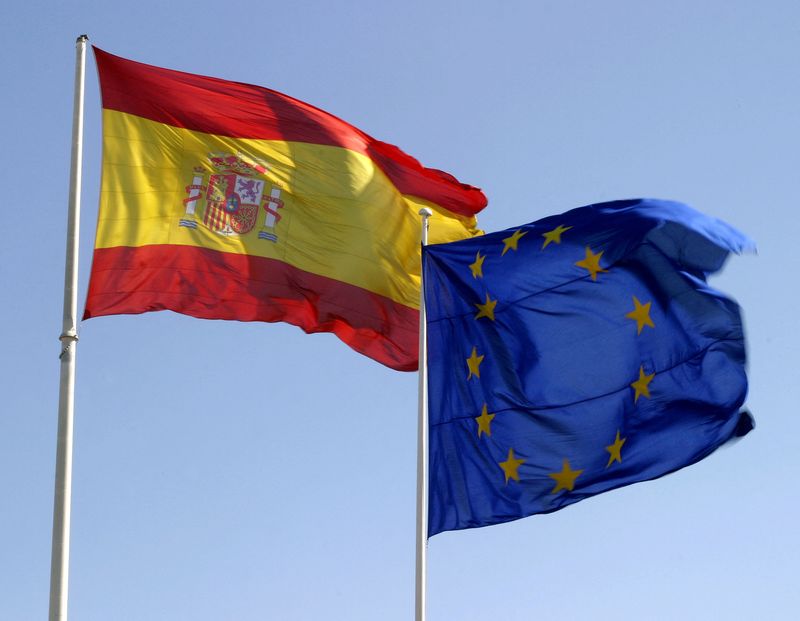 © Reuters. FILE PHOTO: The European Union flag waves next to the Spanish flag after it was raised in Madrid’s central Columbus Square, in celebration of Spain’s upcoming referendum on the European Constitution, February 17, 2005. REUTERS/Susana Vera PH/WS/File Pho

MADRID (Reuters) – Spain, which was the first European Union country to receive a first tranche of pandemic recovery funding, on Monday was also the first to get European Commission approval for a second instalment worth 12 billion euros ($12.7 billion).

The EU executive, the European Commission, has so far approved Spain’s goals and reforms, but said pension funding to be assessed at the end of 2022 could massively increase public spending.

“The risk of a significant fiscal gap emerging from the adopted measures would need to be addressed so as to ensure the satisfactory fulfilment of milestones,” it said.

In Spain, business has complained that the funding is slow to trickle down because of the many layers of approval needed even when overall goals have been quickly met.

To qualify for the second round of funding, Spain had to meet 31 milestones and nine targets, including the reform of public pensions, which have been re-linked to inflation so that the retired do not lose purchasing power.

In all, Spain is expected to receive at least 70 billion euros from the European Union’s 750-billion-euro recovery package.

With the second tranche transferred, 45% of the total plan for Spain will be disbursed, including 9 billion euros received as pre-financing in August 2021.

To receive the total of the remaining funding, Madrid needs Brussels to approve its final pension reform proposal.

A spokesperson for Spain’s Social Security Ministry said any discrepancies were only technical.