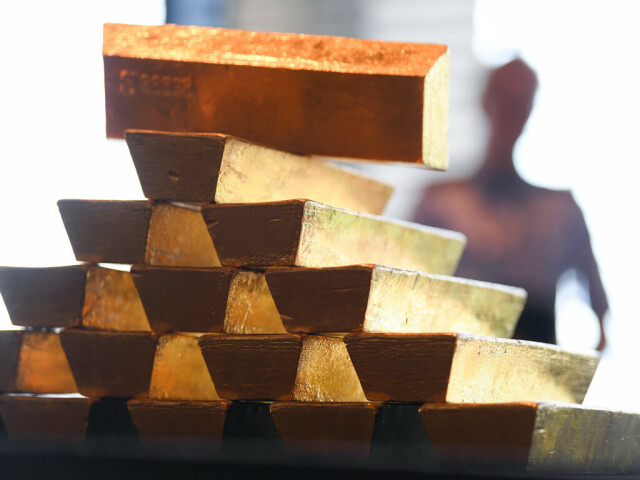 Gold fell on Monday as prospects of higher interest rates dimmed appeal for the non-yielding asset, but a softer dollar helped bullion cling above the $1,800 support level.

The U.S. dollar was down 0.3%, but held close to a two-decade high touched last month.

A weaker dollar makes gold less expensive for those holding other currencies.

“Gold bulls are stuck in a quagmire of aggressive Fed policy actions, as the prospects of higher U.S. rates erode support for the precious metal,” said Han Tan, chief market analyst at Exinity.

The U.S. Federal Reserve is expected to deliver another 75-basis-point (bps) interest rate hike this month.

The European Central Bank too is widely expected to follow its global peers. Euro zone inflation hit yet another record high in June as price pressures broadened.

“Markets have yet to fully price in a 75 bps hike at this month’s FOMC meeting. If policymakers are forced to turn more aggressive in the face of unwavering inflation, that could spell another leg down for gold prices,” Tan added.

Investors are also awaiting publication of minutes from last month’s Fed meeting on Wednesday and U.S. employment data on Friday.

“In this environment of ever rising interest rates, it is hard to see gold making significant gains. But if the precious metal can hold above $1,800 an ounce, then it would demonstrate that there remains significant underlying support for gold,” said Rupert Rowling, market analyst at Kinesis Money.

U.S. markets are closed for the Independence Day holiday.