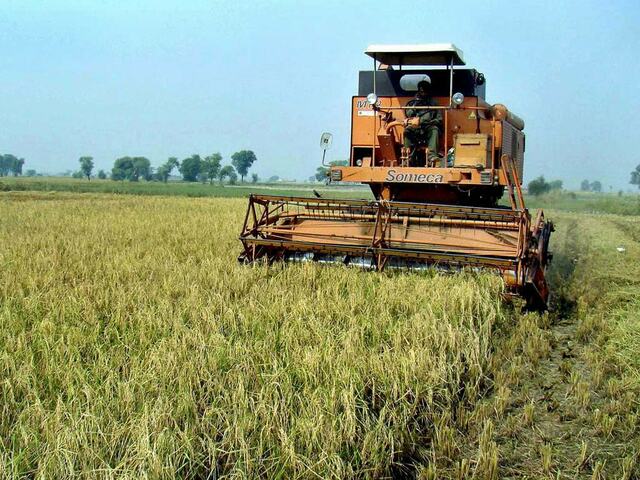 LAHORE: The Agri Forum Pakistan (AFP) has claimed that prices of agricultural inputs such as diesel, electricity, seed, fertilizers and pesticides have gone up by 200 to 250 percent in the last four years due to which production of different crops, vegetables, fruits and oilseed crops have declined by 45 to 65 percent.

The farmers find themselves incapable to properly prepare the land for any crop due to high input prices and water shortage while they also cannot buy expensive quality seeds and fertilizer which leads to decline in the production. Irrigation is so expensive that the poor farmer is forced to use less than 50 percent of it.

Agri Forum Pakistan Chairman Muhammad Ibrahim Mughal claimed this in an open letter to the Prime Minister of Pakistan drawing his (PM) attention towards the plight of farming and farmer and suggesting possible solution to ameliorate the situation.

Mughal was of the view that neither farmers’ prosperity can be ensured nor any improvement in the national GDP is guaranteed till Pakistan lifts its cotton production to 20 million bales, produces 10 million tons of rice for making more surplus available for exports, pushing the wheat production to 30 million tons, sugarcane to 80 million tons and pulses to 1.5 million tons.

Similarly, he said they have to increase the production of canola, mustard and other oil bearing crops to 7 million tons as without bringing the above mentioned increase we cannot improve our GDP, decrease inflation, increase exports and control the trade deficit.

He suggested that the government should made independent authorities on agriculture and livestock for their promotion and development. As increase in per acre yield is inevitable to bring country out of hardships, the government should announce support price of different commodities before the start of the sowing.