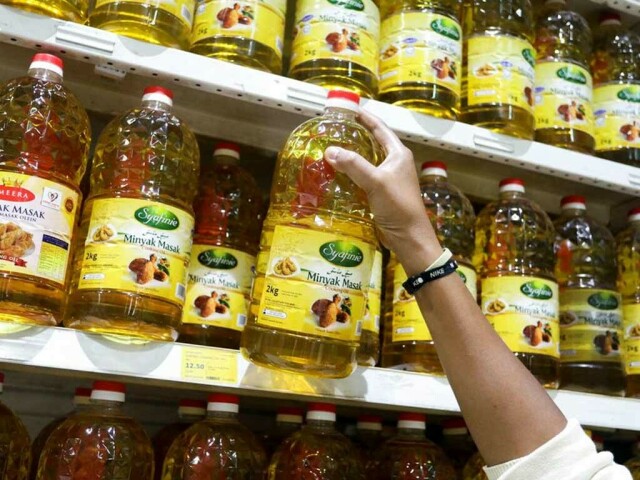 KUALA LUMPUR: Malaysian palm oil futures reversed course on Thursday to close at their lowest level in more than a year, tracking a drop in crude and soyoil prices and as traders feared a possible export levy cut from top producer Indonesia.

The benchmark palm oil contract for September delivery on the Bursa Malaysia Derivatives Exchange fell 189 ringgit, or 5.03%, to 3,572 ringgit ($804.14) a tonne, falling for a third consecutive session.

The market is eyeing a potential levy cut from Indonesia, which if realized will put pressure on Malaysian palm oil to adjust itself to remain competitive, said Anilkumar Bagani, research head of Mumbai-based vegetable oils broker Sunvin Group.

Palm had earlier jumped nearly 5%, partly due to production concerns after Indonesia froze plans to send its citizens to work in Malaysia, including thousands recruited for the labour-starved plantation sector.

Dalian’s most-active soyoil contract rose 1.9%, while its palm oil contract gained 0.05%. Soyoil prices on the Chicago Board of Trade were down 1.6%.

Russia, Ukraine, Turkey and the United Nations are due to sign a deal next week aimed at starting Ukraine’s Black Sea grain exports, but U.N. chief Antonio Guterres warned there was still “a long way to go” before there would be peace talks to end the war.

Oil prices fell as investors focused on the prospect of a large U.S. rate hike that could stem inflation but at the same time hit oil demand, making palm a less attractive option for biodiesel feedstock.