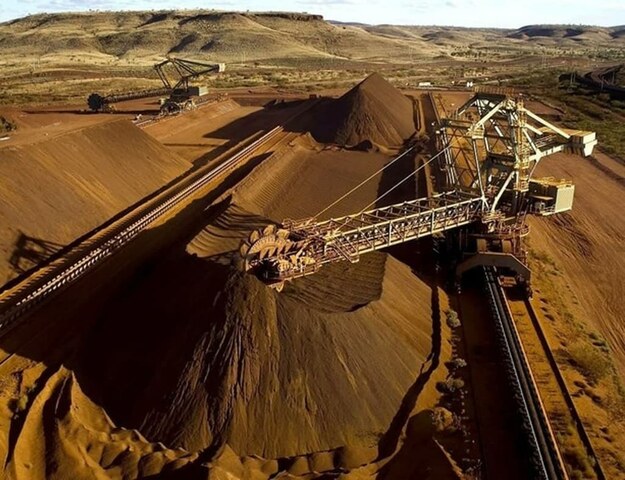 MANILA: Singapore iron ore futures fell on Thursday, hovering near this year’s weakest level on growing fears that demand for the steelmaking ingredient in China will remain depressed in the short term, while Dalian prices moved in a tight range.

Iron ore’s front-month August contract on the Singapore Exchange dropped as much as 4.1% to $104.35 a tonne.

It tumbled to this year’s low at $104.10 on Tuesday, but rebounded by 3.6% on Wednesday. “Iron ore prices remain vulnerable to downside risk in the short term,” said Daniel Hynes, ANZ senior commodity strategist.

“Weaker steel demand from the construction sector in China is a major headwind for the iron ore price.” On China’s Dalian Commodity Exchange, the most-traded September iron ore contract was steady at 714 yuan a tonne, as of 0542 GMT, following a three-day sell-off.

Several mills in China, the world’s biggest steel producer, have idled their production facilities or put them under maintenance earlier than usual to soften the blow from weak steel demand and high inventories.

It’s uncertain when these blast furnaces would be restarted, as the mills face more headwinds, amid COVID-19 curbs and bad weather.

Average daily crude steel output among the member mills of the China Iron & Steel Association eased further over July 1-10, declining by another 1.2% or 24,300 tonnes from the last 10 days of June to 2.07 million tonnes, Mysteel consultancy reported.

The daily output in early July was 2.9% lower than the same period last year, it said. As China is sticking to its dynamic zero-COVID strategy, talks of a huge fiscal stimulus package reportedly being planned by the government to shore up the economy have failed to perk up sentiment.