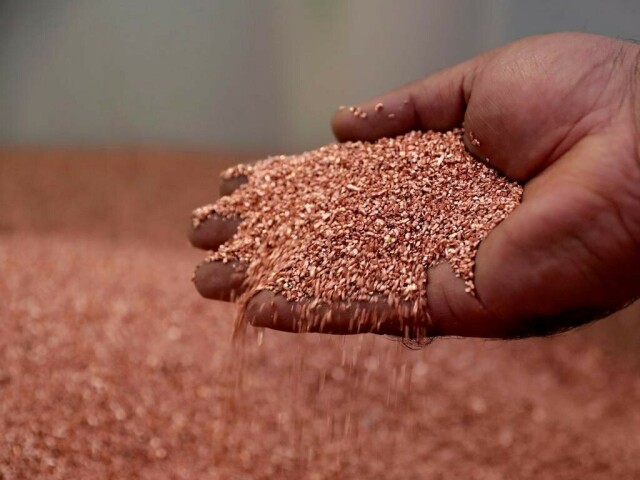 LONDON: Copper and other industrial metals prices bounced on Monday as bearish investors bought back positions on news about government support for the economy in top metals consumer China, with further support coming from a weaker dollar.

Three-month copper on the London Metal Exchange (LME) gained 2.2% to $7,350 a tonne in official open-outcry trading, rebounding after hitting $6,955 in the previous session, its lowest since November 2020.

LME copper has shed 32% since touching a record peak of $10,845 a tonne in early March, on worries about a slowdown in China and aggressive interest rate hikes that could spur a global recession.

Industrial metals have the risk of further weakness, said Ole Hansen, head of commodity strategy at Saxo Bank in Copenhagen.

“This is still a bear market bounce, and it’s too early to predict whether this will turn into consolidation and a recovery,” he said.

“The market was increasingly oversold, where short-sellers were looking for an excuse to cover shorts and they found that today with the China story and the weaker dollar.”

Copper rebounds from probe below $7,000 after US data

In China, regulators stepped up efforts to encourage lenders to extend loans to qualified real estate projects as the beleaguered property sector faced fresh risks from a widening mortgage-payment boycott on unfinished houses.

China’s central bank will step up the implementation of “prudent monetary policy” to support the real economy, its governor said on Saturday.

Copper also got a boost from news that CMOC’s Tenke Fungurume copper and cobalt mine has suspended all exports, complying with demands by a court-appointed administrator.

Also supporting metals prices was an easier dollar index, which makes commodities priced in the US currency cheaper for buyers using other currencies.

LME data on Monday showed zinc inventories dropped to a fresh low since April 2020, having tumbled by 64% over the past seven months.