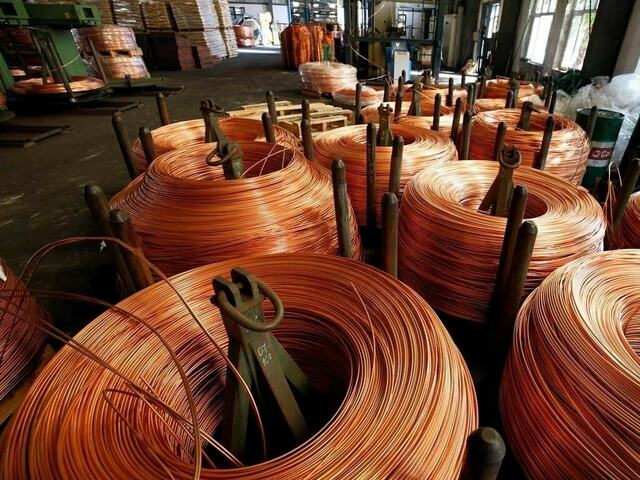 LONDON: Copper prices fell on Tuesday as worries about demand in top consumer China and elsewhere due to a growth slowdown were reinforced by rising inventories, while a lower dollar provided some support.

Prices staged a recovery on Monday as traders pared bets on how aggressive the US Federal Reserve would raise rates later this month.

“The growth outlook has deteriorated … prices could fall a little further, there is momentum there, but they will stabilise fairly shortly at these lower levels.” Chinese cities have lifted COVID restrictions.

“China lockdowns aren’t over yet,” a copper trader said. “More interest rate rises are expected … I can’t see many positives at this stage. The dollar is softer today, but that could change quickly.” China accounts for about half of global copper consumption estimated at around 25 million tonnes this year.

The dollar slipped against the euro after sources with knowledge of the matter told Reuters the European Central Bank was considering raising interest rates by a larger than expected 50 basis point on Thursday.

A lower US currency makes dollar-priced commodities cheaper for holders of other currencies, which could help demand. But the Fed is expected to hike rates another 75 basis point later this month, which will boost the dollar.

Receding worries about copper availability on the LME market have seen the premium for the cash over the three-month contract turn into a discount which was last at $20 a tonne, the lowest since April.