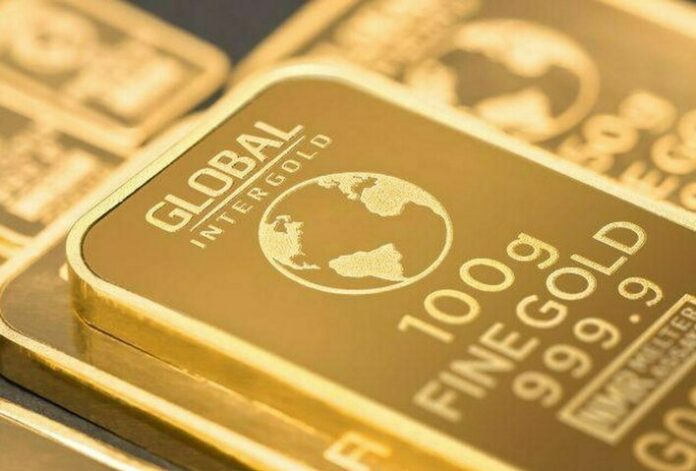 LONDON: Gold edged up on Tuesday as an easing dollar made it cheaper for overseas buyers, with investors looking past potential headwinds from the expected policy tightening by central banks globally.

While the dollar index shed 0.6% to lift gold, UBS analyst Giovanni Staunovo said prices are likely to see more volatility in the run-up to the US manufacturing data later this week, which could influence the size of the Fed’s next rate hike.

“Additional liquidation of exchange-traded funds can be expected, with gold prices likely to drop to $1,600/oz by year-end,” Staunovo added.

The S&P Global US manufacturing purchasing managers’ index reading is due on July 22.

Ahead of the Fed’s July 26-27 meeting, the European Central Bank is widely expected to begin raising rates from its pandemic era lows with a 25-basis-point hike.

“Gold remains in a comatose state, unable to sustain gains above $1,720 and unable to rally even as the US dollar fell overnight,” OANDA senior analyst Jeffrey Halley said.

“That keeps the technical picture for gold very negative. It has an initial support at $1,700, but a sustained break and a couple of daily closes below $1,675 signal a much larger fall is in play.” Gold has not been able to capitalize on its safe-haven status of late, despite recession fears. It has declined more than $350 from the above-$2,000 an ounce levels scaled in early March due to Fed’s aggressive rate hike plans and the dollar’s recent rally.