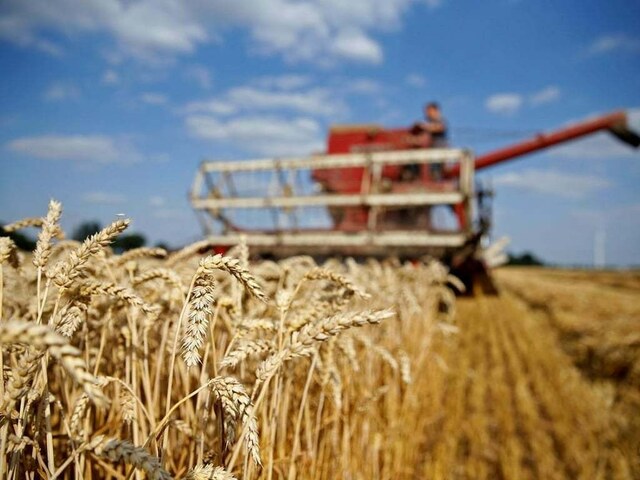 NAPERVILLE, (Ill.): US wheat exporters last year notched their second-worst performance in a half century with global market share at an all-time low, as competing wheat offerings were plentiful and cheaper.

But US export prices have fallen sharply in the last two months, drawing the attention of global buyers and driving up weekly sales, which reached a nine-year high earlier this month.

In the first week of July, US wheat export sales for the 2022-23 year that started June 1 totalled 1.02 million tonnes, the largest current-year total for any week since July 2013.

More than a half million tonnes were sold in the following week, the second-largest total in five months. Russia’s late February invasion of Ukraine spurred some huge US corn sales in the couple of weeks immediately following, but it did nothing for US wheat exporters as prices surged out of reach. But the recent interest in US supplies has only slightly changed the outlook so far.

The US Department of Agriculture raised 2022-23 US wheat exports earlier this month, which had previously been set for a 51-year low. The new forecast of 21.77 million tonnes would still be slightly down on the year, but it may be the floor for now because of stronger-than-normal sales coverage.

Commitments as of July 14 totalled 7.58 million tonnes, below average for the date but accounting for 35% of the full-year prediction, a five-year high. That compares with less than 32% a year ago.

Almost one-half of that is shared among Mexico, the Philippines, Japan and South Korea, typical customers.

China is in for 273,160 tonnes so far, a three-year low for the date. None of the larger sales are to Ukraine’s top wheat destinations. One potentially poor sign for US prospects is that Egypt, the world’s top wheat buyer, lowered its protein standards earlier this week in order to expand considerations for US wheat.

But that tender was cancelled as the offered prices were higher than expected.

Egypt is believed to have bought 640,000 tonnes of wheat on Wednesday and another 120,000 tonnes on Thursday, all of Russian or European origin.

Top wheat supplier Russia is expected to harvest a record crop this summer, but the export pace has been below average this month and must pick up in the coming weeks to maintain expectations. As of last Friday, Ukrainian farmers had harvested about 8% of their wheat area with poor yield results thus far due to the high cost and shortage of necessary materials as well as unfavourable weather. That is nearly identical to the percentage harvested a year earlier, though this year’s crop is expected to be 35% smaller.

Ukraine’s wheat exports are usually strongest between August and October, right after the harvest. That means the timing is good for the Black Sea export deal, which will be put into writing on Friday, though the details are unclear.

Skeptics of the arrangement point out several potential barriers for which the talks have yet to produce solutions. Those include the safety of the ships from an insurance perspective, the need for an increase of labour at the ports, and the high level of trust required between Moscow and Kyiv despite the continued fighting across Ukraine. Karen Braun is a market analyst for Reuters. Views expressed above are her own.