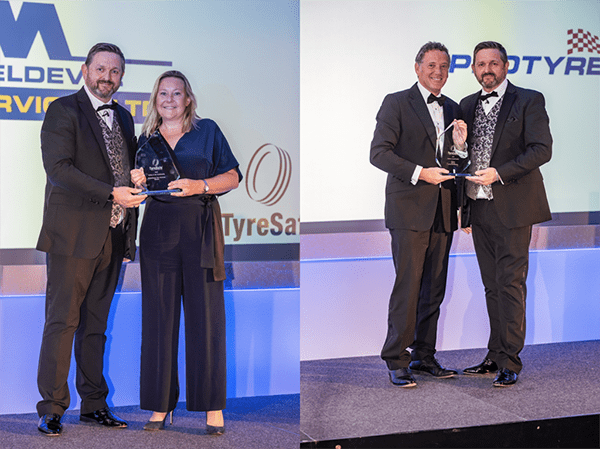 Micheldever Group has achieved a clean sweep of wins at the annual TyreSafe Awards.

Micheldever Tyre Services (MTS), won its second consecutive ‘Safety in the Community Award’ and its fifth in a row TyreSafe award, having previously secured a hat-trick of Wholesaler of the Year awards, until that category was discontinued. 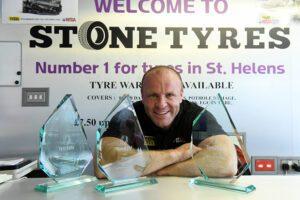 The TyreSafe Awards judging panel said of MTS’s award-winning entry: “The diverse activities which can be used to engage communities in the tyre safety message opens this category up to a broad range of organisations, some of which you might not expect.

“However, our winner Micheldever Tyre Services this year has conducted a campaign which makes use of almost every touch-point available. They demonstrated an outstanding mix of online and offline activity further supported by local marketing campaigns.”

Micheldever Wholesale Director Graham Mitchell said: “We are proud to have won the TyreSafe ‘Safety in the Community’ award for a second consecutive year.

“The Safety in the Community award is a great accomplishment as it recognises our work in the community, partnering with tyre retailers to help them raise awareness of tyre safety to consumers and other groups and being recognised as the local tyre expert.

“This includes communicating tyre safety messages through online channels including TyreClick and social media assets, marketing materials, training and support to tyre retailers at events and trade shows. We also have MTS’s newspaper, The Inside Track, which has its own dedicated tyre safety page, reporting on and featuring tyre safety news and issues from around the industry.

“At MTS, tyre safety is a key priority and as a result we will continue to work now and into the future with tyre retailers to raise tyre safety awareness with their customers and the wider community.”

“Taking the tyre safety message out across multiple media channels is crucial in engaging motorists and getting them to understand the importance of this issue.

“It’s fantastic to be acknowledged by TyreSafe for our work in the past year and this award win makes us even more determined to continue taking the tyre safe message to the consumer for the next 12 months and beyond.”

John Stone, owner of Stone Tyres, said: “We are delighted to have achieved the double and are now the only company to not just to scoop 3 awards in the same year, but have bettered that by winning another 3 this year!

“This is a testament to the fantastic staff that we have, our amazingly loyal customers, and the support from Micheldever Tyre Services, ensuring we always have a fantastic range of tyres available at competitive prices.

“Our unrivalled attitude to giving great customer service has clearly shone through and we couldn’t be more delighted to receive this recognition.”

MTS is supporting tyre retailers in getting involved with the return of TyreSafe’s renowned tyre tread depth survey.

TyreSafe is again asking for tyre retailers to submit tread depth readings of tyres as they are removed from vehicles (passenger cars and LCVs) to create a nationwide survey of tyres’ tread depth at the point of replacement. The survey will run for a year, allowing greater insight and potentially even more striking results than the previous survey.