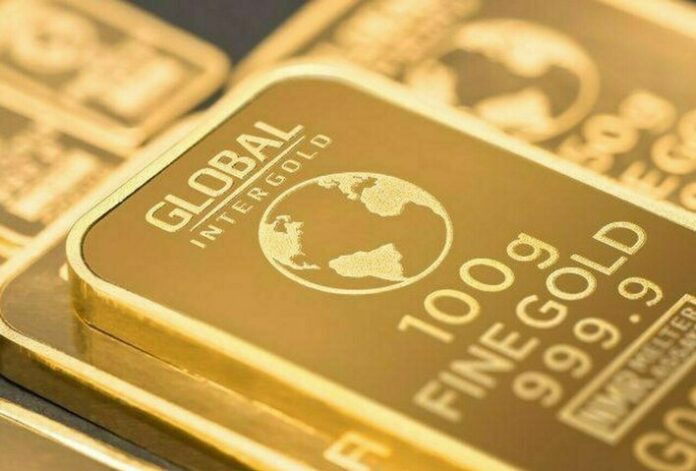 LONDON: Gold rose slightly on Tuesday as a retreat in US Treasury yields and growing recession fears offset headwinds from a relatively firm dollar.

Falling US real rates have supported gold in recent days, and the next data point important for the metal is US payrolls due on Friday, UBS analyst Giovanni Staunovo said.

However, further interest rate hikes by the US Federal Reserve and declining inflation should weigh on prices over the next six months, Staunovo said.

Benchmark US 10-year Treasury yields hit a four-month low, decreasing the opportunity cost of holding the non-interest-paying bullion, while the dollar index steadied, having earlier hit a four-week trough.

Gold has benefited from a host of dour economic data recently, with a survey on Monday showing that factories across the United States, Europe and Asia struggled for momentum last month.

Investors are keeping a close eye on macro economic indications since Fed Chair Jerome Powell said decisions on future rates will be determined by incoming data.

“Speculative financial investors who had previously built up short positions in anticipation of a further price slide are likely to jettison these again, which will likewise have a price-boosting effect (on gold),” said Commerzbank analyst Carsten Fritsch.

Traders are also keeping watch on possible escalation in Sino-US tension, with US House of Representatives Speaker Nancy Pelosi set to begin a visit to Taiwan amid objections from China.