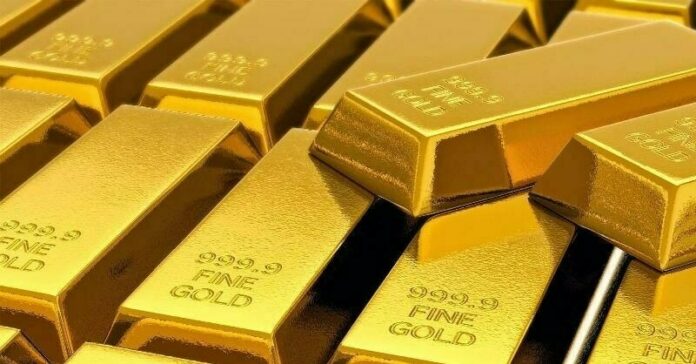 NEW YORK: Gold rose for a fifth straight session on Tuesday to its highest level in about a month as China-US tensions and fears of a possible recession in America burnished bullion’s safe-haven appeal.

Expectations of toned-down rate hikes and a clear slowdown in the US economy have significantly supported gold, said David Meger, director of metals trading at High Ridge Futures.

“The visit from Nancy Pelosi to Taiwan, increasing tensions between the United States and China, is an additional supporting factor for gold,” Meger added.

US House of Representatives Speaker Nancy Pelosi arrived in Chinese-claimed Taiwan aboard a US military aircraft late on Tuesday, the first such visit in 25 years and one that risks pushing relations between Washington and Beijing to a new low.

Gold is considered as a safe store of value during economic and geo-political uncertainties and typically does well when interest rates are low or near zero.

While recent economic data has raised bets that US interest rates could peak early next year, San Francisco Fed President Mary Daly said the central bank’s work of bringing down inflation is “nowhere near” almost done.

Daly added that Fed officials are “still resolute and completely united” in the task of achieving price stability.

The US central bank last month raised its benchmark interest rate by three-quarters of a percentage point for a second straight meeting.

“The next big test (for gold prices) to the upside falls around $1,800, although it could see some resistance around $1,780,” Craig Erlam, senior market analyst at OANDA, said in a note.