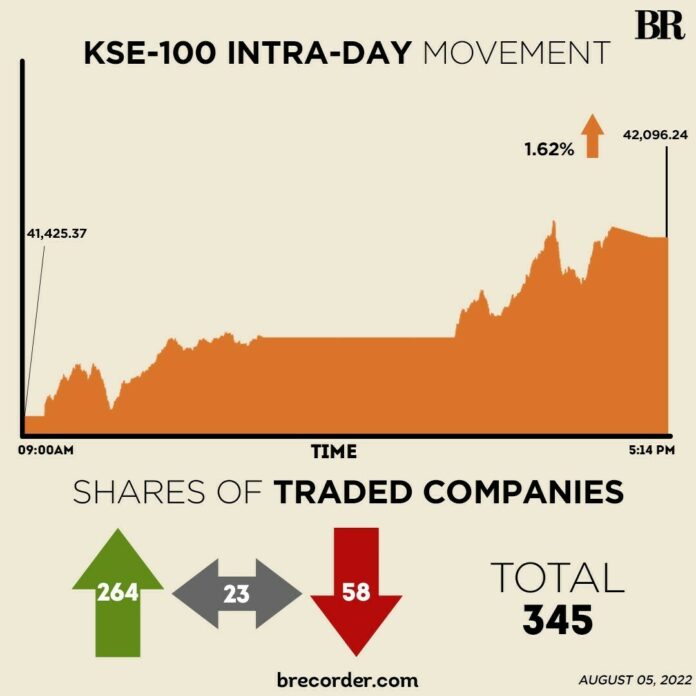 Investor sentiment at the Pakistan Stock Exchange (PSX) remained strong on Friday as the KSE-100 rose for the fourth straight session amid decline in global energy prices and persistent appreciation of rupee against the US dollar.

During the day, the international oil prices fell to multi-month lows as WTI’s price stood at $87.95 per barrel while Brent crude oil was being sold at $93.75 per barrel.

The market gained further support from continuous recovery in the local currency which maintained its momentum against the US dollar for the sixth successive day.

While the market saw selling pressure in early hours and the KSE-100 index traded flat for some time, investor interest renewed towards the end of the first session and the market closed nearly 300 points higher.

The second session saw acceleration of the rally that helped the index cross 42,000 point mark and close with substantial gains.

Rupee maintains upper hand against US dollar, closes at 224

A report from Capital Stake stated that bullish sentiments prevailed at the PSX for fourth consecutive session.

“Indices traded in green all day long with the benchmark KSE-100 index crossing 42,000 mark,” it said.

Topline Securities, in its report, stated Pakistan equities witnessed positive momentum on the back of easing global energy where international oil and coal prices saw some correction. The decline assisted market to continue Thursday’s buying sentiment and helped KSE-100 index to close the day at 42,096 points.

Arif Habib Limited’s report underlined that in the second session, investors gained confidence due to positive news flows regarding the IMF programme resumption as rupee further appreciated against the US dollar.

On the economic front, State Bank of Pakistan’s foreign exchange reserves dropped $190 million to $8.39 billion in the week ended on July 29, 2022, as economic policymakers continued to scramble over securing dollar inflows.

In addition, rupee gained for sixth straight session and recovered Rs2.12 or 0.94% to close at Rs224.04 against the US dollar.

Volume on the all-share index spiked to 406.7 million from 275.4 million on Thursday. Similarly, the value of shares traded also surged to Rs11.6 billion from Rs7.9 billion recorded in the previous session.

Shares of 345 companies were traded on Thursday, of which 264 registered an increase, 58 recorded a fall, and 23 remained unchanged. 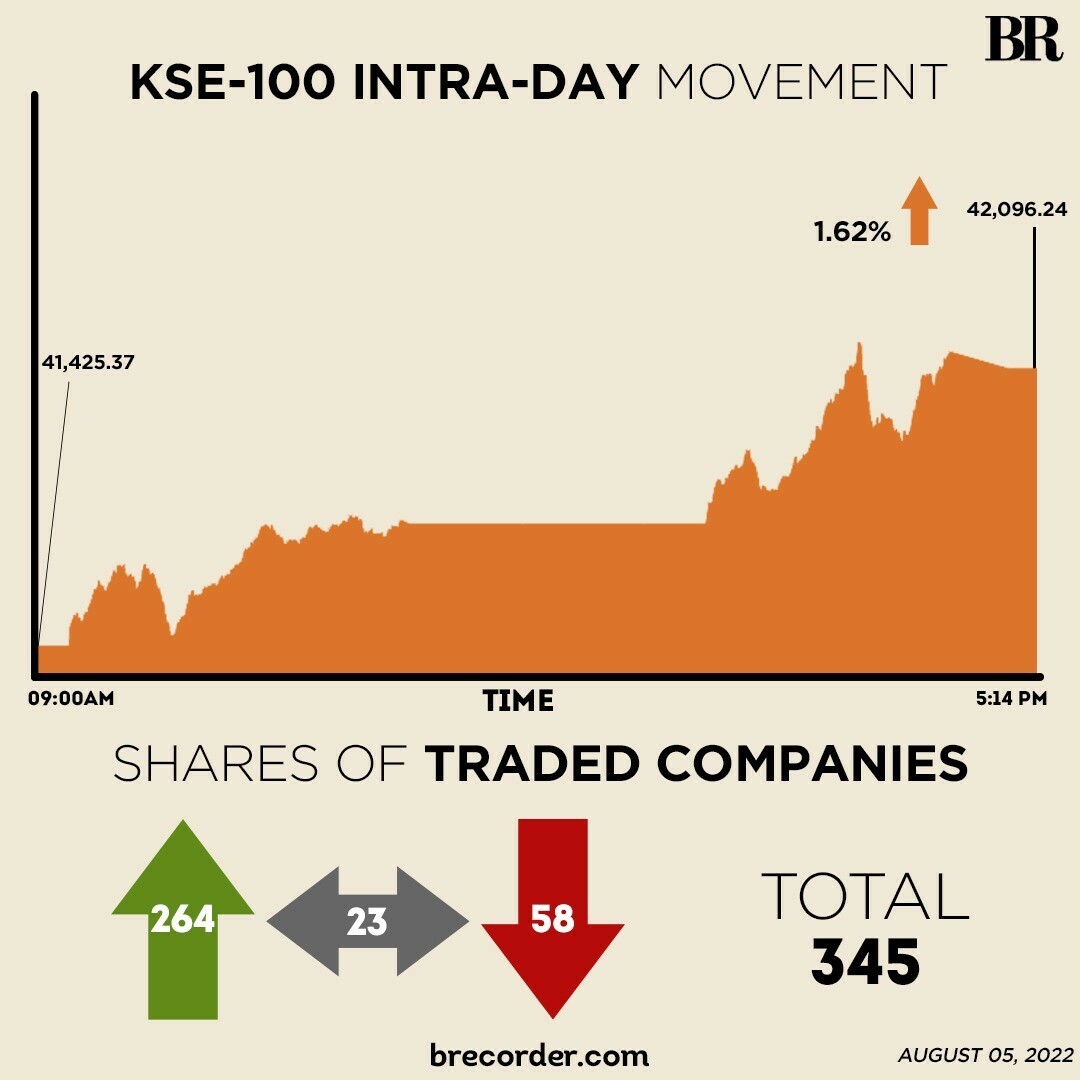 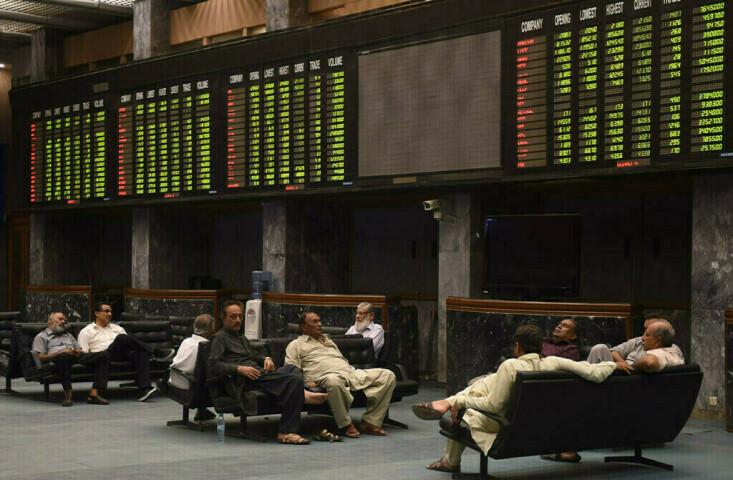