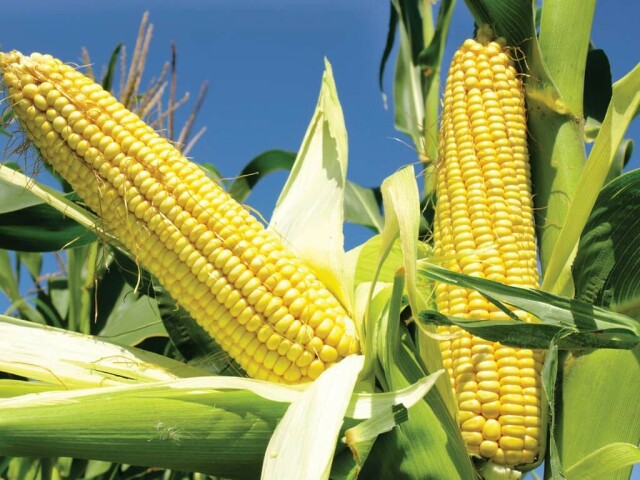 SINGAPORE: Chicago corn climbed more than 1% on Tuesday and soybeans rose after a weekly report from the US Department of Agriculture (USDA) signalled that the condition of both crops deteriorated.

Wheat climbed for a second session in a row, although expectations of higher Ukrainian supplies limited gains.

Crop Watch producers in the western US Corn Belt trimmed ratings across the board after a hot and mostly dry week last week, though recent rains have bolstered prospects in the east, Karen Braun, a market analyst for Reuters, wrote in a column.

“Western areas are likely to face another hot and dry stretch this week, but cooler temperatures and rain chances in the east should prevent stress on those crops into mid-month.”

US corn was rated 58% good-to-excellent, compared with 61% a week ago and below the previous year’s 64%, the USDA said after the market closed on Monday.

The agency rated 59% of the soybean crop in good-to-excellent condition, down from 60% a week ago and at the same time last year.

Chicago corn and soybeans slid on Monday with expectations of improved weather in parts of the US Midwest boosting prospects for crops stressed by high temperatures and dryness.

Much of the corn crop is in grain filling, while soybeans are in their crucial pod setting and filling stage of development.

Grain market moves are being influenced by positioning ahead of monthly USDA supply-and-demand data due on Friday.

For the wheat market, resumption of maritime grain exports from Ukraine is likely to ease some concerns over tight world supplies.

Ships exporting Ukraine grain through the Black Sea will be protected by a 10 nautical mile buffer zone, according to long-awaited procedures agreed by Russia, Ukraine, Turkey and
the United Nations on Monday and seen by Reuters.

India could scrap a 40% duty on wheat imports and cap the amount of stocks traders can hold to try to dampen record high domestic prices in the world’s second-biggest producer, government and trade officials told Reuters on Monday.

If the government does remove the duty, and international prices also fall, then traders say they could start importing, especially during the upcoming festival season, when higher demand typically drives domestic prices higher.