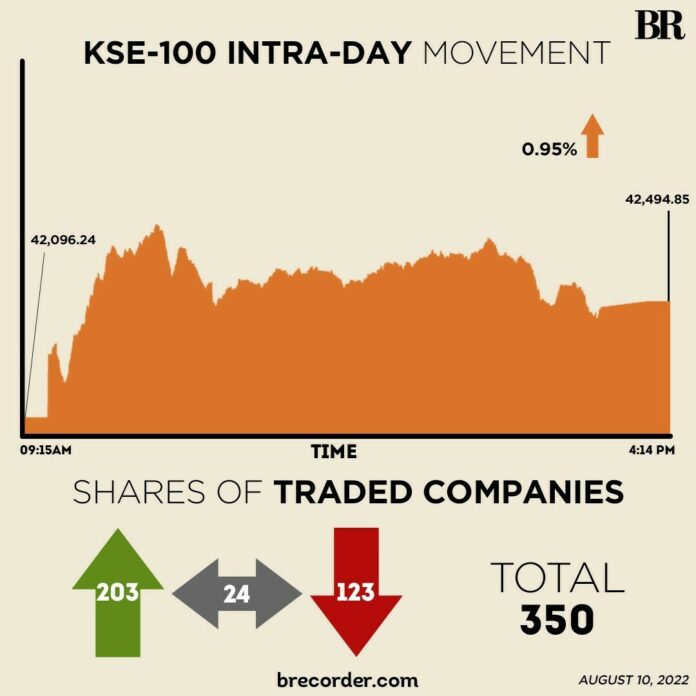 The Pakistan Stock Exchange (PSX) sustained its upward momentum for a fifth straight session on Wednesday as the KSE-100 index rose 0.95% on the back of macroeconomic stability and drop in global oil prices.

Meanwhile, the bullish sentiment comes on the back of contraction in imports for July 2022, expectation of inflow from the UAE, and a stronger rupee that closed at 221.91 on Wednesday.

Trading began on a positive note and the market rose sharply in early hours to gain over 600 points in intra-day trading.

The KSE-100 index erased few of the gains towards noon and from this point onward, it remained range-bound until the final hours.

“The pressure on balance of payments has alleviated following contraction in imports which is bolstering the market,” he said. “Moreover, stability in rupee-dollar parity is acting as a positive sign for the market.”

“Completion of all prior conditions for resumption of the International Monetary Fund (IMF) programme is also adding upside pressure to the market,” Tariq said.

A report from Topline Securities stated the positivity in stock market could be attributed to further decline in crude oil prices which will ease pressure on external account due to lower import bill going forward.

On the economic front, the Pakistani rupee continued to appreciate against the US dollar amid improved sentiment and closing at 221.91 in the inter-bank market.

7th successive gain: Rupee closes at 221.91 against US dollar

Volume on the all-share index fell to 373.2 million from 406.7 million on Friday. However, the value of shares traded improved to Rs13.2 billion from Rs11.6 billion recorded in the previous session.

Shares of 350 companies were traded on Wednesday, of which 203 registered an increase, 123 recorded a fall, and 24 remained unchanged. 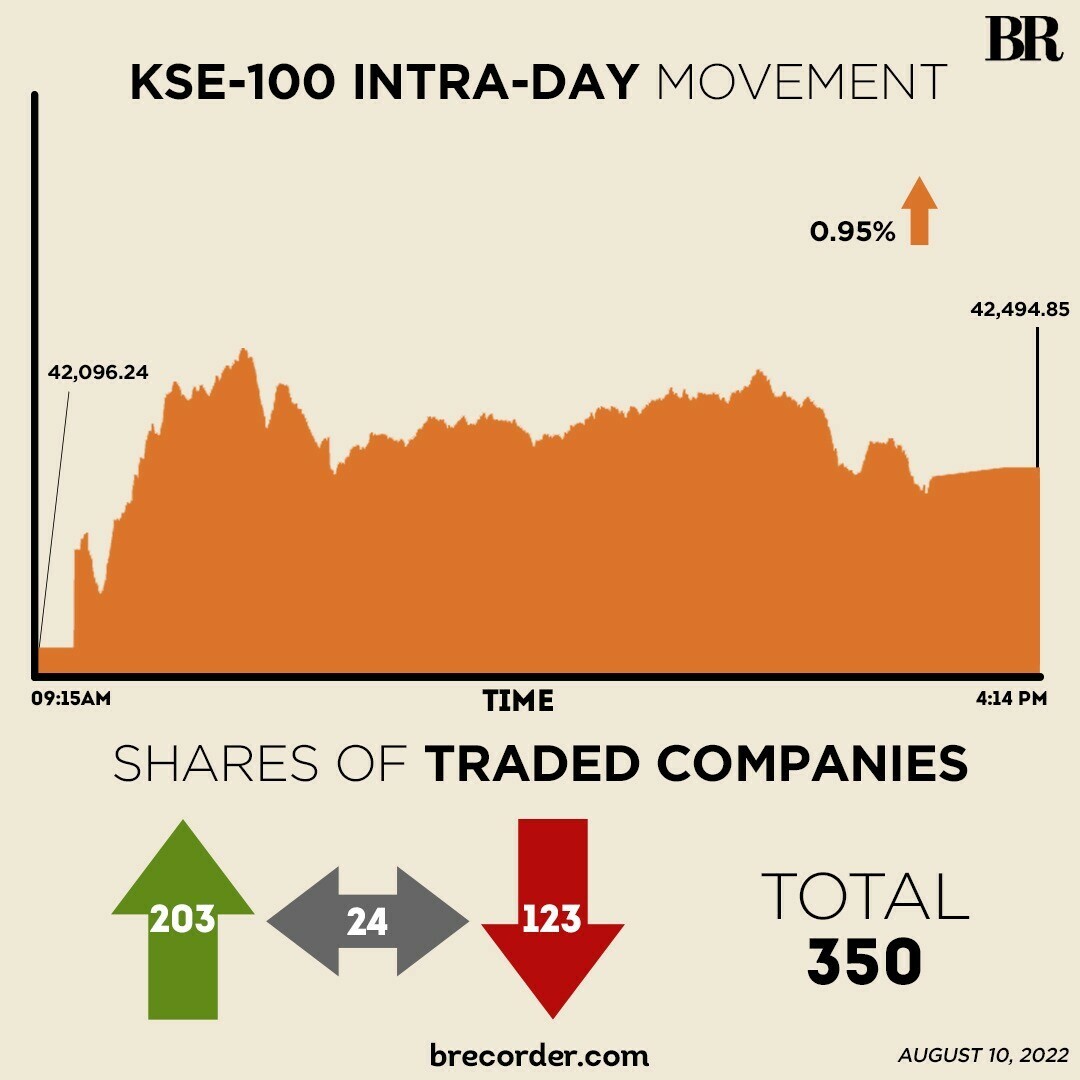 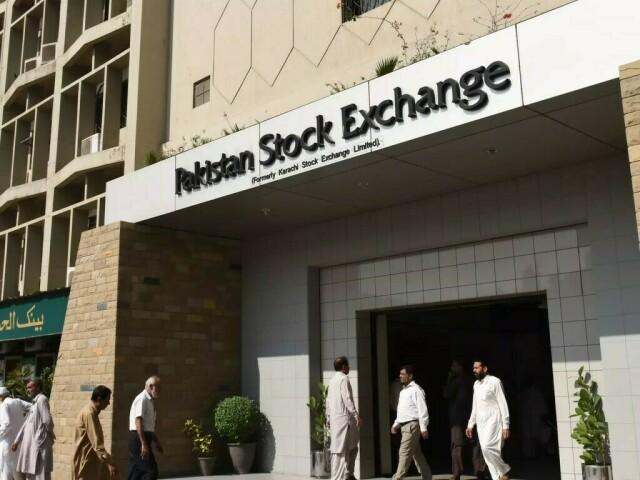