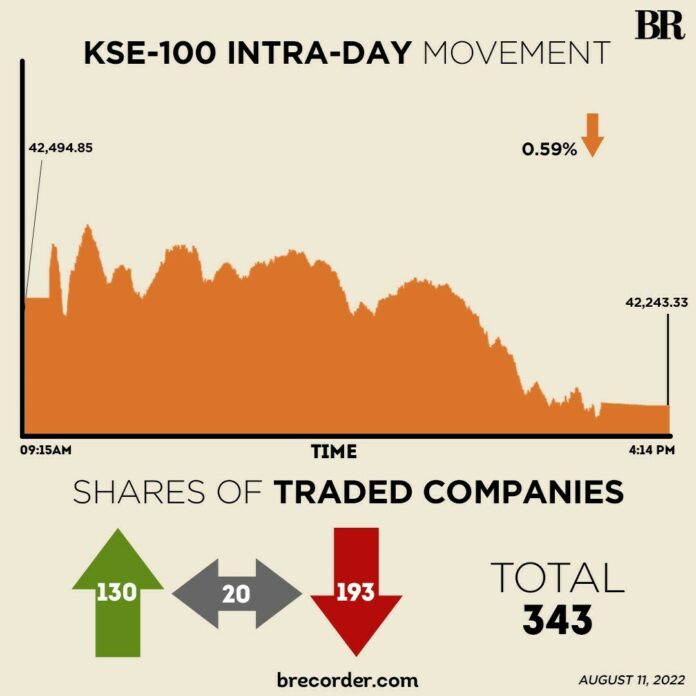 The Pakistan Stock Exchange (PSX) snapped its five-session rally on Thursday with the KSE-100 Index decreasing 0.59% due to late selling pressure that stemmed from the need to book profits.

The KSE-100 has increased consistently from August 2, posting a gain of 5.7% across the five sessions amid improved sentiment that has also caused the rupee to register substantial wins.

However, on Thursday, profit-taking and absence of any positive triggers prompted a break from the bullish run.

Trading began on a positive note and the KSE-100 inched closer to the 42,700 level before the descent started, taking the index in the negative territory. In the final two hours, profit-taking accelerated the decline.

Almost all index-heavy sectors including automobile, cement, banking and oil witnessed a sell-off during the session.

A report from Capital Stake stated that PSX took a U-turn from the previous session to close the day in the red.

“Indices went up in the beginning of the session, dipping lower in the second half,” it said.

Meanwhile, the rupee closed higher for the eighth successive session, settling at 218.88 against the US dollar in the inter-bank market.

8th successive gain: Rupee closes at 218.88 against US dollar

Volume on the all-share index fell to 281.7 million from 373.2 million on Wednesday. Similarly, the value of shares traded dipped to Rs7.8 billion from Rs13.2 billion recorded in the previous session.

Shares of 343 companies were traded on Thursday, of which 130 registered an increase, 193 recorded a fall, and 20 remained unchanged. 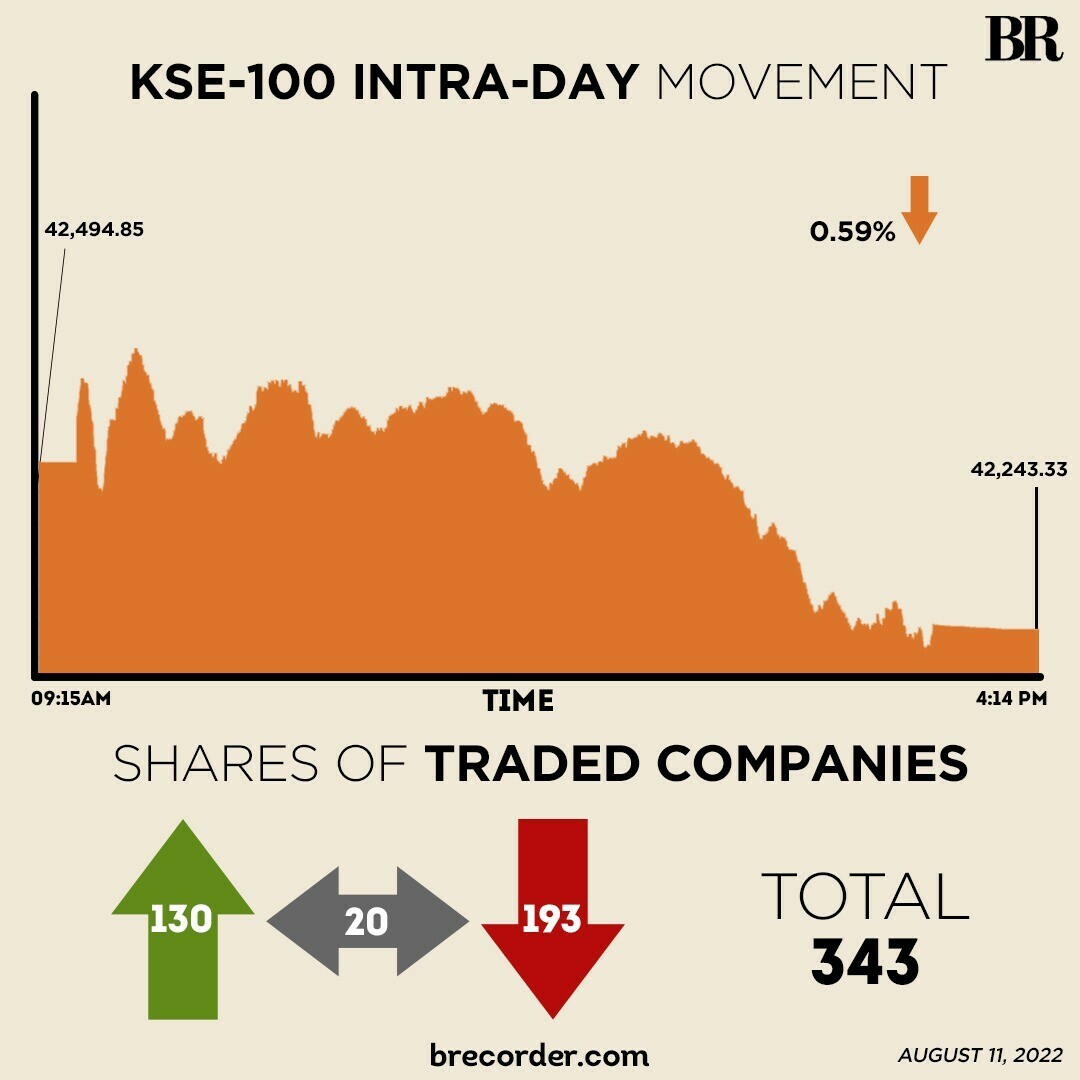 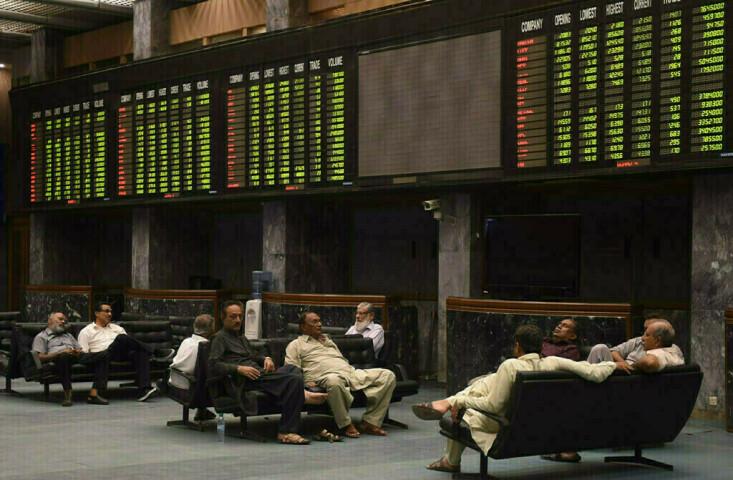