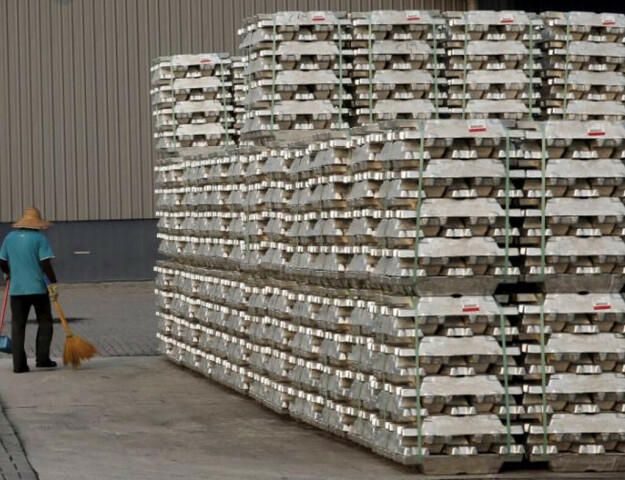 LONDON: Zinc prices surged to their strongest in two months on Tuesday after production was suspended at a Dutch smelter because of high power prices, stoking fears of shortages.

Benchmark zinc on the London Metal Exchange (LME) jumped 6.5% in official open-outcry trading to its highest since June 9 at $3,796 a tonne, representing the biggest one-day gain since last October.

Nyrstar said it would put its zinc smelting operations at Budel in the Netherlands on care and maintenance from Sept. 1.

Nyrstar had already cut output by up to 50% at its three European zinc smelters while Glencore warned this month that “the current energy supply and price environment poses a significant threat”.

“That theme is ongoing due to tightness in the electricity and power market in Europe,” said Xiao Fu, head of commodity market strategy at Bank of China International.

“Market inventories have fallen to very low levels and we would expect stocks to continue to fall in Europe.”

Low water levels on the Rhine were an added concern because shipping disruptions could further restrict metals supply, she said.

Dutch gas prices for September hit their highest since March this week, driven by a European heatwave.

Citi on Monday upgraded its zinc price forecast for the next three months to $3,200 a tonne from $2,800, saying it expected concern about an economic downturn to weigh on all base metals prices but that zinc would outperform.

LME aluminium, another energy-intensive metal, gained 2.1% in official activity to $2,441 a tonne.