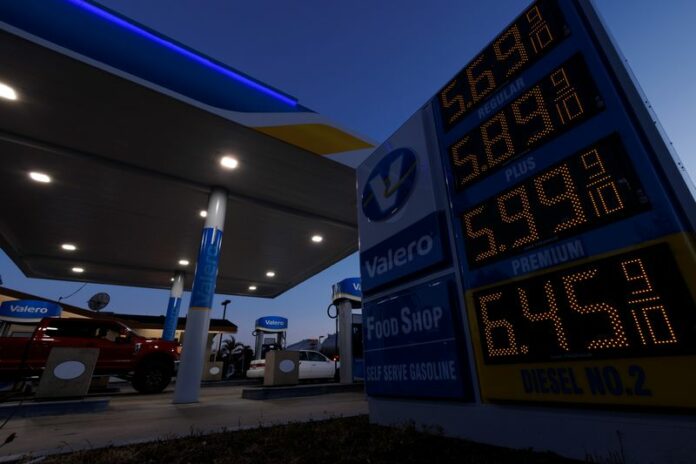 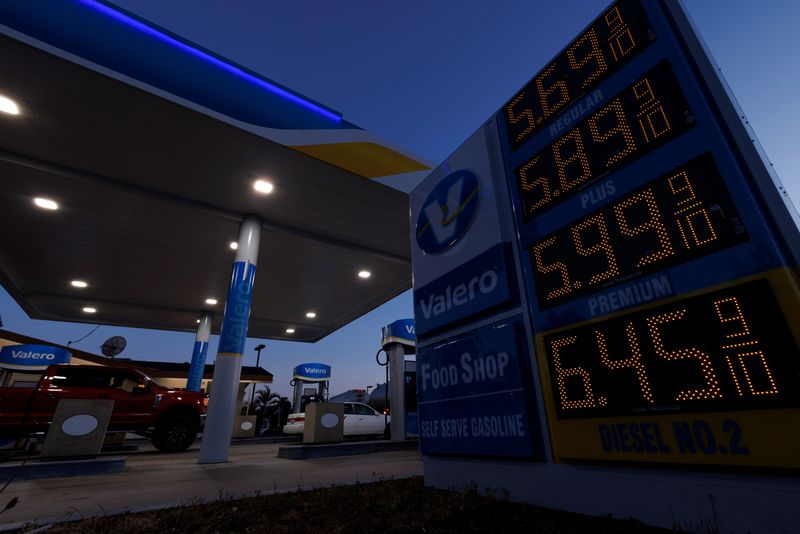 HOUSTON (Reuters) – U.S. wholesale gasoline prices fell to their lowest levels since before Russia’s invasion of Ukraine on Tuesday, suggesting retail consumers will see more relief in coming weeks in the world’s largest user of the motor fuel.

U.S. gasoline futures settled at $2.6944 per gallon on Tuesday, lowest since Feb. 18, just before Moscow invaded Ukraine, setting off a series of sanctions from the United States and its allies that boosted prices across the energy markets to multi-year highs.

Energy costs have been the primary driver of global inflation, with retail gasoline prices hitting an all-time record in the United States at more than $5 a gallon in mid-June.

“Demand is only expected to worsen from here,” said John Kilduff, partner at Again Capital LLC in New York.

Fears of a global recession and record amount of emergency oil sales from national reserves have helped cool the crude oil market, as well as gasoline markets.

Since then, the wholesale price has dropped by 37%, while retail prices are down 23%. Prices are down in every state, with the Midwest seeing some of the biggest declines.

Heating oil futures have remained elevated ahead of increased use of that fuel in the cold winter months.