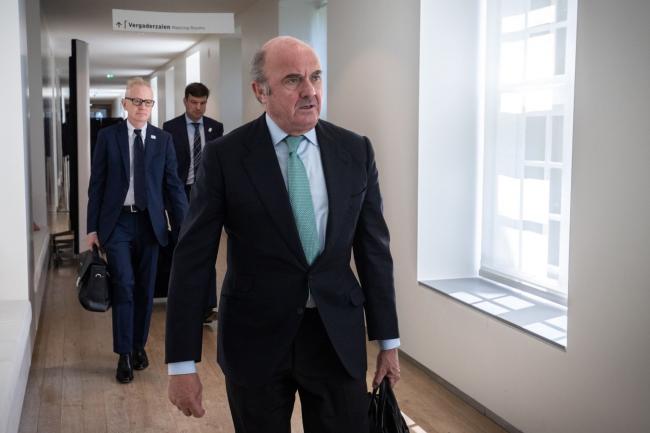 &copy Bloomberg. Luis de Guindos, vice president of the European Central Bank (ECB), departs following a news conference in Amsterdam, Netherlands, on Thursday, June 9, 2022, 2022. The ECB brought down the curtain on years of ultra-loose policy, committing to a quarter-point increase in interest rates next month and opening the door to a bigger hike in the fall.

The three-quarter-point move marked an unprecedented monetary-tightening step by the ECB, which has been accused of acting too sluggishly to counter record euro-zone price gains. In announcing the decision, policy makers also said they wanted to “dampen demand” — despite Europe’s energy crisis tipping it toward a recession.

“For a central bank its credibility is fundamental,” Guindos said Monday in a speech in Valladolid, Spain. “If citizens and businesses stop believing that the central bank is going to be able to reduce inflation within a year and a half or two years, then the situation becomes very complicated because second-round effects appear immediately.”

The ECB followed the Federal Reserve in opting for a jumbo move, with some officials signaling they’re open to a repeat when they next meet to set borrowing costs in October. Others want smaller steps as they fret about economic growth.

Guindos said he doesn’t know how much further rates will be lifted, but that central bankers had learned from the bout of soaring inflation in the 1970s. Any economic contraction triggered by the spike in power and heating costs will be less severe than during the euro-debt crisis, he said.

“We decided to raise rates by 75 basis points and have announced that we’ll continue to raise,” Guindos said. “How many times we do so and by how much will depend fundamentally on data.”

Expansive fiscal policy would clash with the ECB’s monetary policy
Governments, not the ECB, should resolve the increase in countries’ debt loads
A new tax on Spanish banks shouldn’t raise costs for households, or affect solvency in the financial sector. Rising interest rates will boost lenders’ profitability