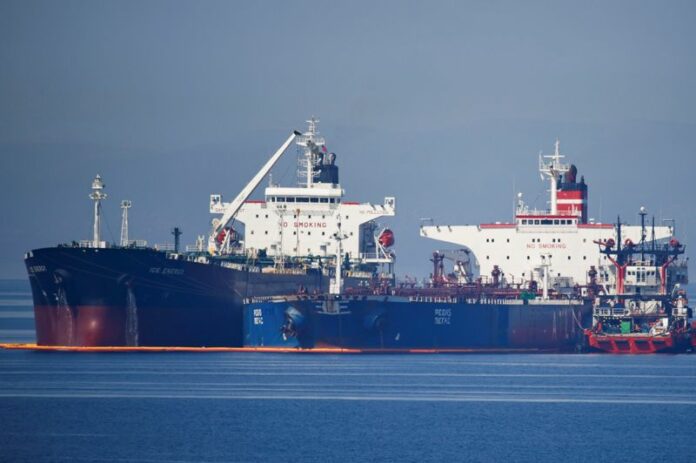 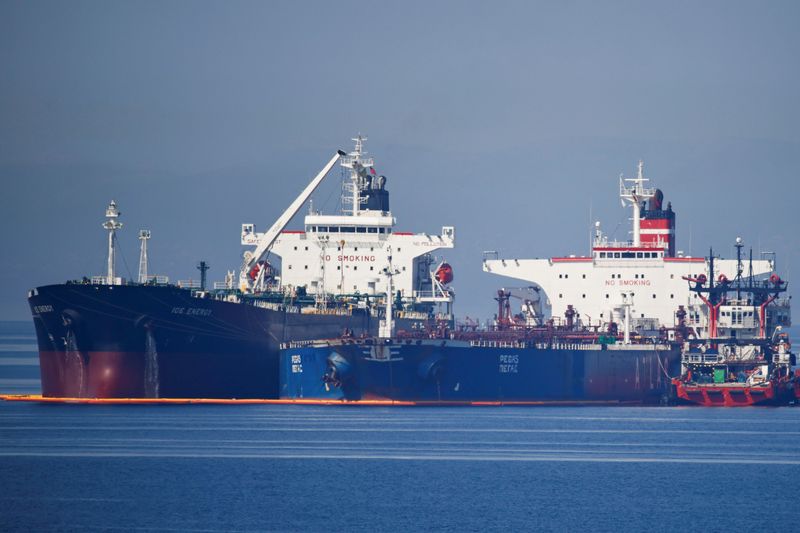 By Renee Maltezou and Lefteris Papadimas

ATHENS (Reuters) -Iran has agreed to release the crews of two Greek tankers it seized in May in response to the confiscation of oil by the United States from an Iranian-flagged tanker in Greece, a Greek seafarers union said.

The months-long diplomatic impasse has strained relations between Athens and Tehran as tensions grow between Iran and the United States.

The crews will be replaced, allowing their return to their countries of origin soon, the PENEN union for seafarers on commercial ships said on its website on Sunday. It was not clear whether the two Greek tankers, the MT Prudent Warrior and Delta Poseidon, would be released, it said.

On Monday, the Greek shipping minister confirmed that one Delta Poseidon crew member was returning to Greece.

“A Greek sailor from the vessel Delta Poseidon, which, as is known, is illegally detained in Iran, has already left for Greece. Good return,” Minister Yannis Plakiotakis tweeted.

Earlier, Iran’s foreign ministry spokesperson Nasser KanaanI could not confirm the information about the release of crew members but said he hoped “there would be positive developments in the future”.

Α Greek official said the effort to free the crews was in progress but the release of the tankers would take longer than the replacement of the crews.

The Iranian-flagged tanker Lana, formerly Pegas, was seized by Greece in April and was held for months. The United States had confiscated part of its oil cargo because of sanctions on Iran.

The removal of oil from the Lana prompted Iranian forces in May to seize two Greek tankers in the Gulf and sail them back to Iran. Tehran had warned of “punitive action” against Greece.

Lana, which had engine problems, was officially released in July. Anchored off the Greek port of Piraeus since then, it has retrieved the oil cargo that the United States had confiscated and is expected to sail back to Iran.

Polembros shipping, manager of the MT Prudent Warrior, said in a statement on Monday that the crew communicates with their families almost on a daily basis and “they are in good health and are treated well”.

It added that the company is making every effort for their release.

“We have been innocent victims caught in the midst of political confrontations,” it said in the statement. “We hope that the recent developments are the pathway to the release of our vessel and her crew.”