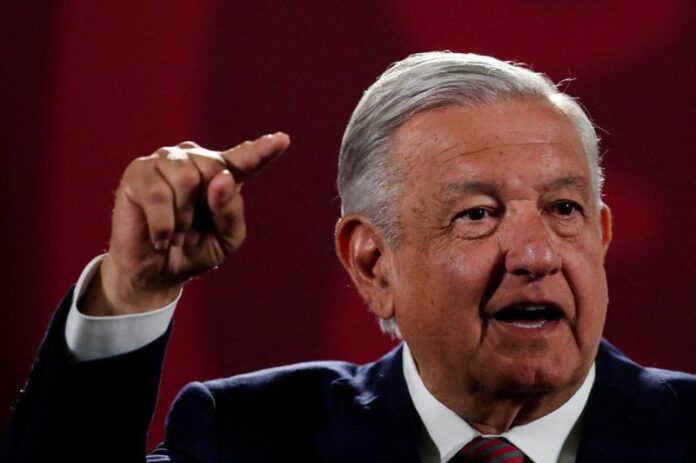 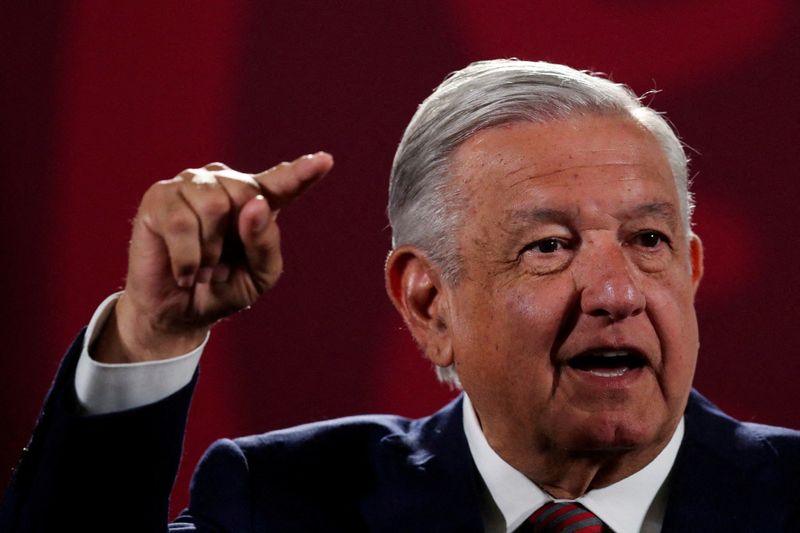 MEXICO CITY (Reuters) – Mexican President Andres Manuel Lopez Obrador on Tuesday hailed U.S. Commerce Secretary Gina Raimondo for her attitude in talks this week, saying she gave no indication of wanting to punish Mexico over an energy dispute between the two countries.

Raimondo was part of a senior U.S. delegation led by Secretary of State Antony Blinken that came to Mexico on Monday for discussions with Lopez Obrador and other top Mexican officials principally focused on economic relations.

“I was very struck by the proactive, friendly attitude of the secretary of commerce,” Lopez Obrador told a regular news conference. “There was no sense that they are going to punish Mexico for its energy policy.”

“The word tariff or sanction wasn’t even used, nothing,” he added, saying there was no cause for such measures and stressing that the two sides wanted to deepen economic ties.

In July, the office of the U.S. Trade Representative (USTR), which belongs to the executive office of the president and is not part of the Commerce Department, demanded dispute settlement talks with Mexico over Lopez Obrador’s energy policies.

The USTR complaint, which Canada joined, argued Lopez Obrador’s drive to tighten state control of the energy market was unfair to its companies and likely in breach of the United States-Mexico-Canada Agreement (USMCA), a regional trade deal.

The dispute, which Lopez Obrador has cast a matter of national sovereignty, is arguably the biggest to surface under USMCA since it came into effect in 2020. If unresolved, it could lead to the imposition of trade tariffs against Mexico.

Lopez Obrador said the U.S. officials had shown respect for Mexico’s energy policy and its sovereignty during the talks.