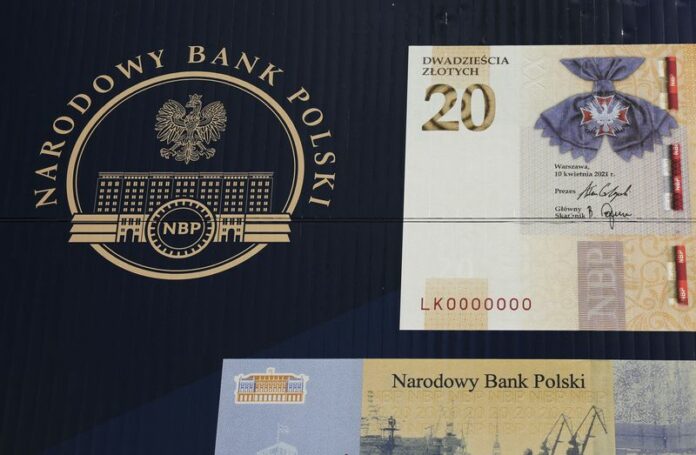 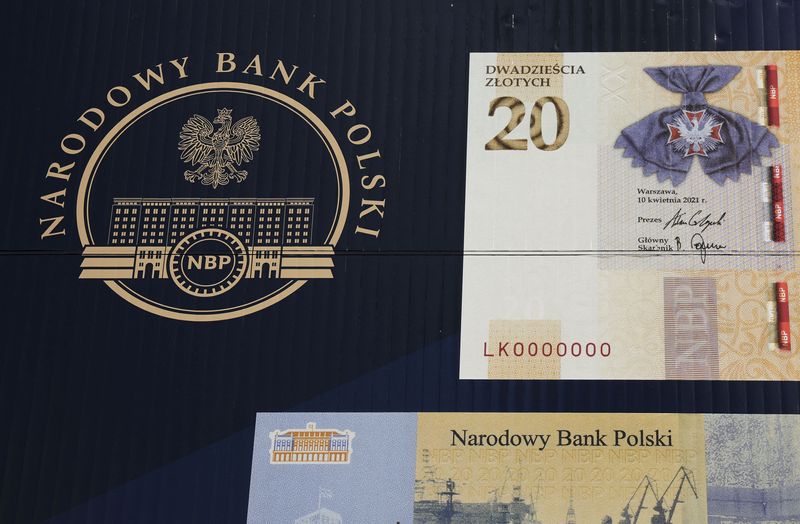 © Reuters. FILE PHOTO: A logo of the National Bank of Poland NBP (Polish Central Bank) is seen on their building in Warsaw, Poland, September 8, 2022. REUTERS/Kacper Pempel

WARSAW (Reuters) – Polish central banker Cezary Kochalski said there was significantly reduced room for further interest rate hikes and that the probability of ending the monetary tightening cycle had increased.

Last week, the MPC raised interest rates by 25 basis points, and the governor of the National Bank of Poland (NBP) said that in October, key rates may either be hiked by 25 basis points or remain unchanged amid concern that excessive tightening of monetary policy could hurt a slowing economy.

“… the space for further rate hikes has been significantly reduced, and the likelihood of ending the rate hike cycle has increased,” Kochalski wrote in response to Reuters’ questions.

“After the September decision of the Council, the probability of leaving rates unchanged in October increased,” he added.

The September rate hike was the smallest in the current cycle. So far, the MPC has raised interest rates 11 times, and the main interest rate is now at 6.75%.

“I do not exclude the prospects of rate cuts in 2023. Much will depend on the size of the economic slowdown with the expected drop in inflation,” Kochalski wrote.

The MPC was forced to significantly tighten monetary policy – interest rates have jumped by 665 basis points since October 2021 – due to rapidly accelerating inflation. In August, CPI stood at 16.1%, according to preliminary data.

“I expect inflation close to 16% in the third quarter of this year, and lower in the fourth quarter, although not much,” wrote Kochalski.

“There are many indications that given the high cost and price pressure, next year’s consumer inflation growth will be significantly influenced by the decision on the horizon of maintaining the anti-inflationary shield, which may significantly push inflation away from the 20% limit,” he said.