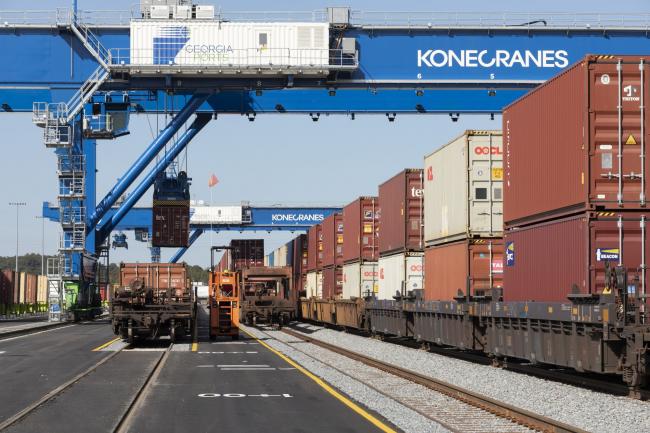 (Bloomberg) — The White House urged labor unions and freight-rail operators to come to an agreement in contract talks, with mounting concern that a strike as soon as Friday could damage the US economy and Democrats’ midterm election prospects.

Labor Secretary Marty Walsh on Sunday evening again asked the parties to reach a resolution, the Department of Labor said in a statement Monday. Walsh’s efforts follow dozens of calls from Cabinet and administration officials to the involved parties, it said. The labor chief is also postponing a trip to Ireland to deal with the impasse, a department official said.

The administration has made clear that a shutdown of the freight-rail system is an unacceptable outcome for the economy, and urged all parties to work to avoid that, according to a White House official.

Freight railroads and labor unions worked through the weekend to hammer out a new contract to avoid a strike that could snarl supply chains, disrupt agricultural deliveries and cost the US economy more than $2 billion a day.

A strike also would carry political risk for President Joe Biden and his fellow Democrats, whose efforts to hang on to their House and Senate majorities in the Nov. 8 elections have been boosted by a string of legislative victories and improving economic news. Supply chain disruptions less than two months before voters go to the polls could hurt Democrats and put Biden — who has pledged to be the most pro-union president in history — in a bind.

While 10 of 12 railroad workers’ unions have struck new labor deals, the two holdouts — the Brotherhood of Locomotive Engineers and Trainmen and the International Association of Sheet Metal Air, Rail, and Transportation Workers — account for more than 90,000 rail employees.

Railroads have advised customers of some potential service disruptions starting on Monday if talks don’t progress ahead of a potential walkout on Sept. 17. Six Class I freight railroads will begin to take steps to “manage and secure” shipments of some hazardous or sensitive materials starting Monday, the Association of American Railroads, a trade group, said in a statement.

“Rail is an essential piece of the agricultural supply chain, particularly as we approach harvest season, so any disruption to rail services would have a negative and lasting impact on our growers,” Appleton said via email. “Given what is at stake for the agricultural community and other sectors of the economy, we hope all parties will come to an agreement.”

Railroads and workers have faced years of challenging negotiations, which began in January 2020, shortly after the labor contract froze at 2019 levels. After the National Mediation Board failed to carve out an agreement this summer, the Biden administration’s Presidential Emergency Board recommended a 24% compounded wage hike by 2024 and $5,000 in bonuses, including some retroactive elements. The AAR (NYSE:AIR) said such a wage gain would be the biggest in at least 40 years.

The US Chamber of Commerce on Monday urged Congress to take immediate action by implementing the Presidential Emergency Board’s recommendations if the railroads and unions are unable to come to a voluntary agreement.

“A national rail strike would be an economic disaster — freezing the flow of goods, emptying shelves, shuttering workplaces, and raising prices for families and businesses alike, but that is exactly what is likely to happen in less than four days,” chamber President Suzanne Clark said in a statement.