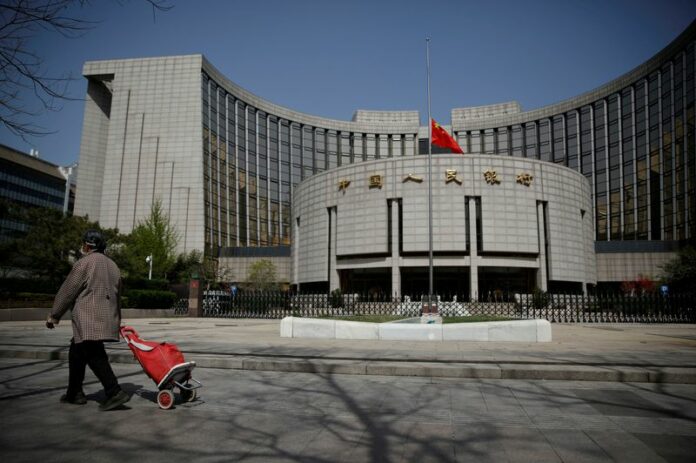 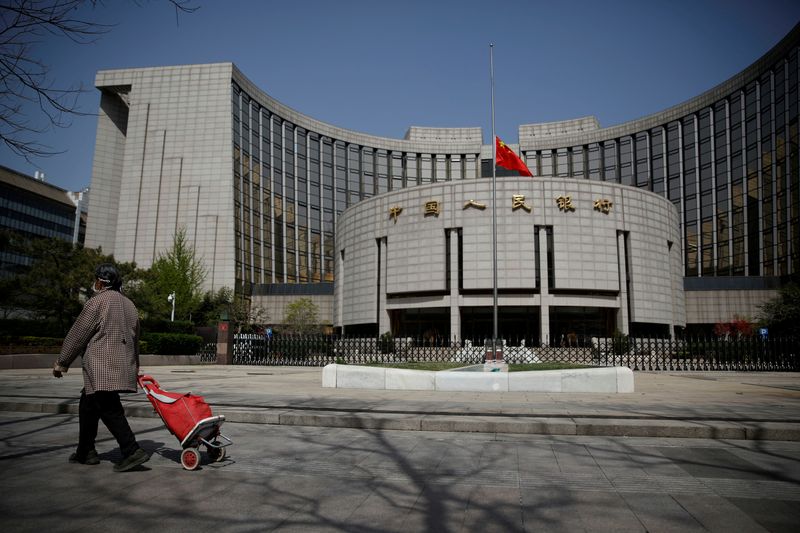 © Reuters. The Chinese national flag flies at half-mast at the headquarters of the People’s Bank of China, the central bank (PBOC), as China holds a national mourning for those who died of the coronavirus disease (COVID-19), on the Qingming tomb-sweeping festival in

SHANGHAI (Reuters) – China is expected to keep lending benchmarks unchanged this week, a poll of market participants showed, with authorities seen holding off monetary easing in the short-term to avoid more depreciation pressure on the currency.

The loan prime rate (LPR), which banks normally charge their best clients, is set by 18 designated commercial banks who submit proposed rates to the People’s Bank of China (PBOC).

Twenty-one out of 28 respondents, or 75% of all participants, in the Reuters snap poll predicted no change to either one-year LPR or the five-year tenor at the fixing on Tuesday.

Among the remaining seven respondents, six expected a five-basis-point cut to the five-year LPR to stimulate the property sector, while the other respondent projected marginal cuts to both rates.

Most new and outstanding loans in China are based on the one-year LPR, which now stands at 3.65%. The five-year rate influences the pricing of home mortgages and is now at 4.30%.

Both rates were lowered in August to revive credit demand and support the flagging economy.

Expectations for a steady LPR fixing come as widening divergence between the monetary policies of China and most other major economies weighs the yuan down, limiting the scope for more policy easing.

China, along with Japan, has been a major outlier amid a global run of interest rate hikes to tame inflation with Beijing focused on reviving an economy hurt by COVID-19 shocks.

The borrowing cost of the medium-term lending facility (MLF) serves as a guide to the LPR, and markets usually use the medium-term policy rate as a precursor to any changes to the lending benchmarks.

“Although it is not an infallible signal – the LPR was lowered without an MLF reduction last December – it makes an LPR cut unlikely,” economists at Capital Economics said in a note.

“We do expect further rate cuts at some point given the still gloomy economic outlook. But that depends on pressure on the renminbi easing. The PBOC won’t pull the trigger on rate cuts until it does.”

The yuan has lost about 4% to the dollar since mid-August and is on course for its biggest annual loss since 1994, when China unified official and market exchange rates. [CNY/]

“The cut might allow a bit more space for cutting the LPR,” said Ting Lu, chief China economist at Nomura.

“However, there appears to be limited space for further cuts to LPR rates, and these moderate adjustments to benchmark rates will likely have a limited economic impact.”