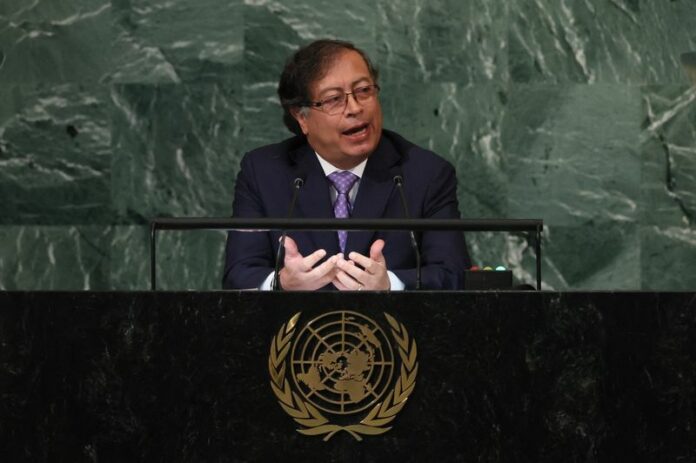 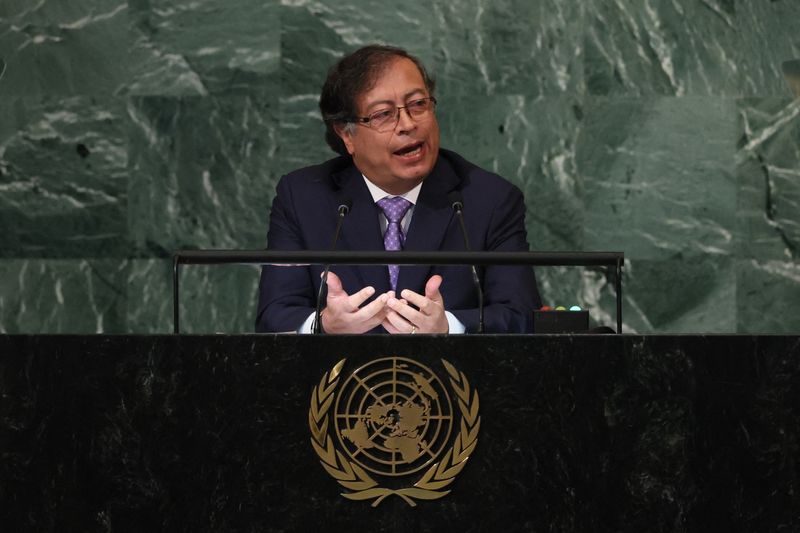 (Reuters) – Colombian President Gustavo Petro called on Latin American countries to join forces to end the war on drugs during a speech to the United Nations General Assembly in New York on Tuesday.

Petro, Colombia’s first leftist president, has long derided the global war on drugs as a failure, even using his inauguration speech in August to call for a new international strategy to fight drug trafficking.

“From my wounded Latin America, I demand you end the irrational war on drugs,” Petro said, while calling on the wider Latin American community to unite to defeat that “which torments our body.”

Drug trafficking and the war on drugs are major contributors to Colombia’s armed conflict, according to a report from the country’s truth commission, which was established as part of a 2016 peace deal with the now demobilized FARC guerrillas.

Petro, who has also promised to ease Colombia away from its dependence on hydrocarbon exports, also criticized a global addiction to oil and coal, adding that efforts to stop global warming were not working.

“The fight against the climate crisis has failed,” he said.