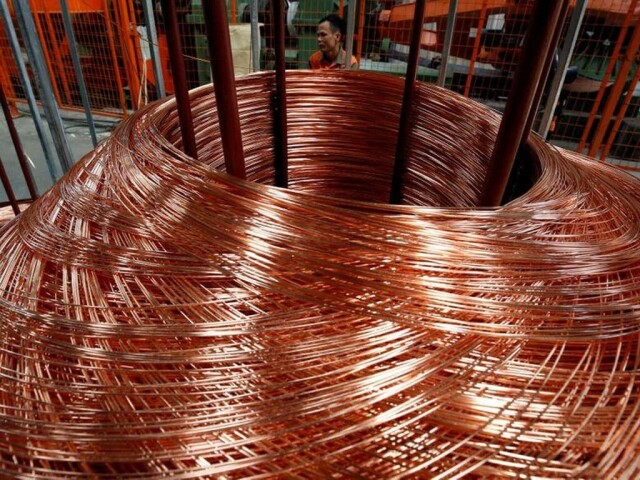 LONDON: Copper prices slipped on Tuesday as rising inventories in London Metal Exchange (LME) approved warehouses and a firm dollar weighed on sentiment ahead of an interest-rate decision by the US Federal Reserve later this week.

Benchmark copper on the LME traded down a touch at $7,750 a tonne in official rings. Prices of the metal used widely in the power and construction industries have dropped around 30% since hitting a record $10,845 a tonne in March.

“Copper stocks are up for the second day, it could be a trend,” a metal trader said, adding that the higher dollar had triggered some fund selling.

LME copper stocks have risen more than 5,000 tonnes over the past couple of days to 107,150. Cancelled warrants, or metal earmarked for delivery, at 11% of the total are down significantly from 50% in late August.

Easing concerns about copper availability on the LME market have seen the premium for cash over the three-month contract fall back to around $55 a tonne from last week’s $125 a tonne, the highest since November last year.

The dollar is holding strong around two-decade highs against a basket of other major currencies on expectations of another aggressive interest rate hike by the US Federal Reserve on Wednesday.

A stronger US currency makes dollar-priced commodities more expensive for holders of other currencies, which could subdue demand. This is a relationship funds use to generate buy and sell signals using numerical models.

“The market is waiting for the Fed’s decision,” said Dan Smith analyst at Amalgamated Metal Trading. “A 75 basis point rise is priced in, if the Fed hikes 1% copper will fall.” Top consumer China easing COVID restrictions, which have hit industrial activity, offered some support to base metals.