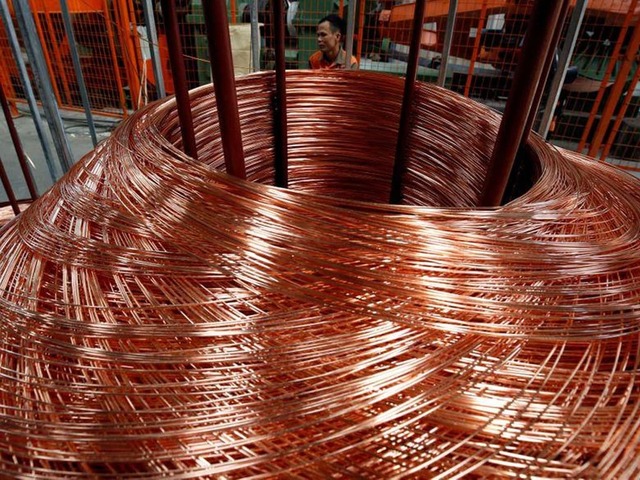 LONDON: Copper prices slipped on Monday as worries about global demand were reinforced by expectations the US Federal Reserve will deliver a hefty rate rise later this week.

Higher US rates mean a stronger US currency. That makes dollar-priced metals more expensive for holders of other currencies, which would further weigh on demand.

“Metals are softer on the dollar and monetary tightening in the United States,” a trader said. “Europe’s power crisis could mean large industrial activity has to halt.” He added that trade was subdued because of a public holiday in the United Kingdom for the funeral of Queen Elizabeth.

US data last week showing inflation accelerating have raised the prospect of a 100 basis point rate hike when the Fed concludes its two-day meeting on Wednesday. Markets have already priced in a 75 basis point Fed rate hike.

EU proposals to impose a mandatory target for countries to cut power use this winter to ensure Europe has enough fuel to last the colder months may mean manufacturers in the region have to pare back or cut production.

“The outlook for a potential European recession in combination with the recent China weakness had resulted in a decline in speculative positions, which saw the copper price decline,” said Citi analyst Max Layton in a note.

Prices of copper, used in the power and construction industries, have dropped nearly 30% since hitting a record high of $10,845 a tonne in early March.

However, worries about copper supplies on the LME market due to low stocks in LME-registered warehouses and large holdings of warrants have created a premium for the cash over the three-month contract.

The premium or backwardation rose to $125 a tonne, the highest since November last year. It was last around $95.