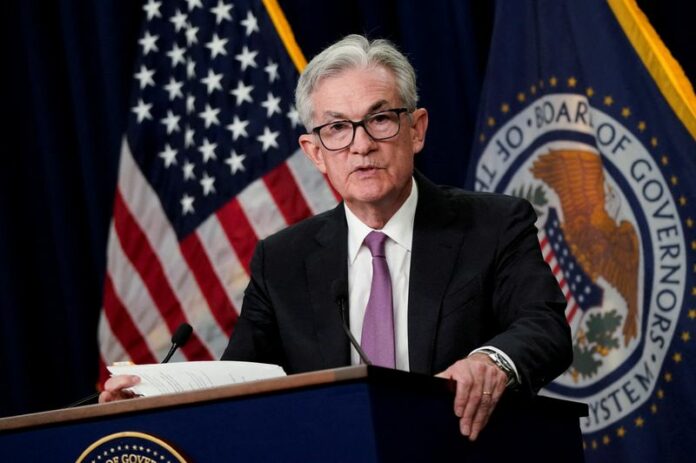 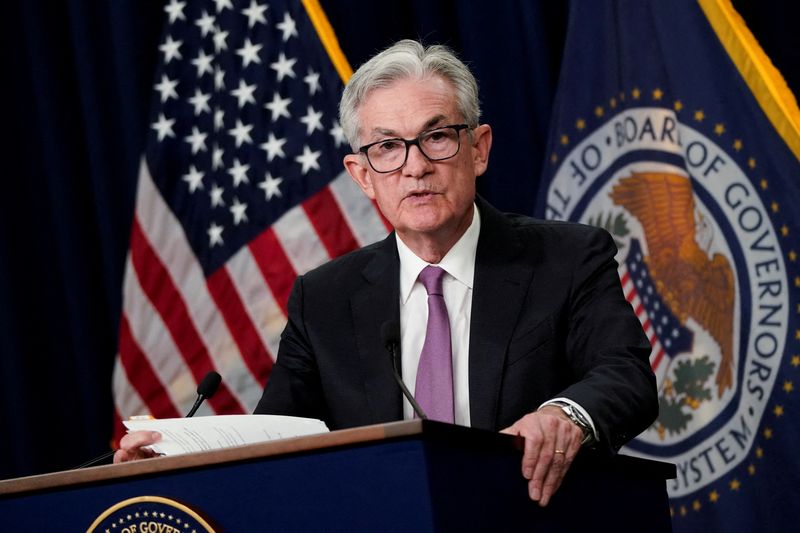 WASHINGTON (Reuters) – The Federal Reserve, after chasing inflation for the better part of a year, will look ahead as far as 2025 in new projections this week that will show more fully the depth and length of the economic “pain” its policymakers expect to be needed to stop the current surge in prices.

The tale so far is not a pretty one.

The pace of price increases, which by the Fed’s preferred measure are running at more than three times its 2% target, have hardly budged in the face of the most rapid set of U.S. interest rate increases in about 30 years.

The projections, due to be published alongside the Fed’s latest policy statement at 2 p.m. EDT (1800 GMT) on Wednesday, will show just how aggressively U.S. central bank officials feel interest rates must rise to respond to the inflationary wave, and what economic cracks they see appearing as a result in terms of slower growth or higher unemployment.

Hopes for a “soft landing,” marked by a slowdown in inflation toward the 2% target without a recession, may not be gone: Policymakers are unlikely to project an outright downturn even as the outlooks compiled each September extend an additional year, in this case through 2025.

Outside the Fed, however, there is a growing sense that the path to a soft landing is unlikely. Some analysts estimate the unemployment rate, which hit 3.7% in August, may need to rise as high as 7.5%.

Traders in contracts tied to the Fed’s benchmark overnight interest rate now expect that rate to end the year between 4.25% and 4.50% – 2 percentage points higher than where it is now and a level last seen in late 2007.

“The probability of a softish landing falls materially” after U.S. inflation data for August showed just how persistent rising prices have become, Evercore ISI Vice Chairman Krishna Guha wrote last week. “Even assuming … it is still possible to bring inflation down … without a proper recession, the data and the response it will provoke substantially increases the risk that the Fed ends up overshooting badly and causing a recession anyway,” with the policy rate perhaps hitting as high as 5.00%.

AN END IN SIGHT?

The updated economic projections will give the clearest indication yet of Fed policymakers’ sense of the endpoint for rates, key information for investors trying to value assets or homebuyers wondering what a mortgage might cost next year.

Some officials have lately shied away from discussing the issue in detail, wary of setting expectations and then having to shift gears. The new projections, though, will include anonymous estimates from each official for where the policy rate should be at the end of 2022 and the following three years. The so-called “dot plot” of estimates from the seven members of the Fed’s Board of Governors and 12 regional bank presidents also includes outlooks for unemployment, inflation, and economic growth.

As long as inflation continues to move sideways rather than downwards, however, they face a dilemma over whether to raise interest rates to levels even higher than currently foreseen, or hope the increases already flagged will eventually do the job.

PATIENCE OR A FINAL SPRINT?

The bias for now may be towards patience. A rate hike of three-quarters of a percentage point on Wednesday, which is what markets widely expect, would be the third consecutive “unusually large” increase in a row. Officials have said at some point they will slow the pace to take stock of how the economy is responding to the sharp rises in borrowing costs.

“A $20 trillion economy does not turn on a dime,” Carl Riccadonna, chief U.S. economist for BNP Paribas (OTC:BNPQY), said in a call with reporters last week. Despite inflation’s “stickiness,” he said, “the punchbowl indeed is being drained,” an old metaphor for central bank rate hikes that make financial conditions tighter for homeowners, businesses and investors.

“It was some very strong punch, so it is going to take some time for the effects to fully percolate through. But monetary policy is heading into restrictive territory.”Some evidence of that is already in sight, with the average 30-year fixed mortgage rate topping 6% last week, having doubled in a year, and U.S. equities investors being pummeled by a bear market.

The question for Fed policymakers is just how “restrictive” rates need to be to control inflation, and how they’ll know they’ve hit that point given the impact of the rate hikes may not be felt for months.

The projections released three months ago mapped out a largely benign path, with the policy rate seen ending next year at about 3.8% and inflation by the Fed’s preferred measure falling to about 2.6%.

The 1.2-percentage-point difference between the two, the so-called “real” or inflation-adjusted federal funds rate, showed the Fed bowing to the need for tighter policy. Anything beyond roughly half a percentage point is considered restrictive.

But that slight tapping on the brakes was seen as adequate to bring inflation down, with the unemployment rate projected to rise to just 3.9% in 2023 and to 4.1% in 2024, while gross domestic product growth remained at 1.7%, near what the Fed considers as the long-run trend.

The disappointing progress on inflation since then, however, led Fed Chair Jerome Powell to say last month that getting prices under control would mean “a sustained period of below-trend growth” and a “softening” labor market – a sign the upcoming projections may show at least a bumpy landing if not an outright crash.

At the very least, data over the summer has eaten more months off a clock that Powell said is “ticking” towards the day when price and wage increases become embedded and self-reinforcing, public confidence in the Fed erodes, and the central bank is forced into the sort of shock tactics meant to trigger a sharp economic contraction.

That moment may not be here yet. Household and market measures of inflation expectations, important to how the Fed views its likelihood of success, have remained under control – and recently fell in two important surveys.

But inflation eventually will have to move for the Fed to change course.

The June projection of a 5.2% inflation rate by the end of this year is likely to be revised higher, measures of inflation’s persistence have grown, and policymakers have made clear they won’t shift course easily.

Having waited to begin raising interest rates, only to see inflation accelerate, “the consequences of being fooled by a temporary softening in inflation could be even greater now if another misjudgment damages the Fed’s credibility,” Fed Governor Christopher Waller said recently.