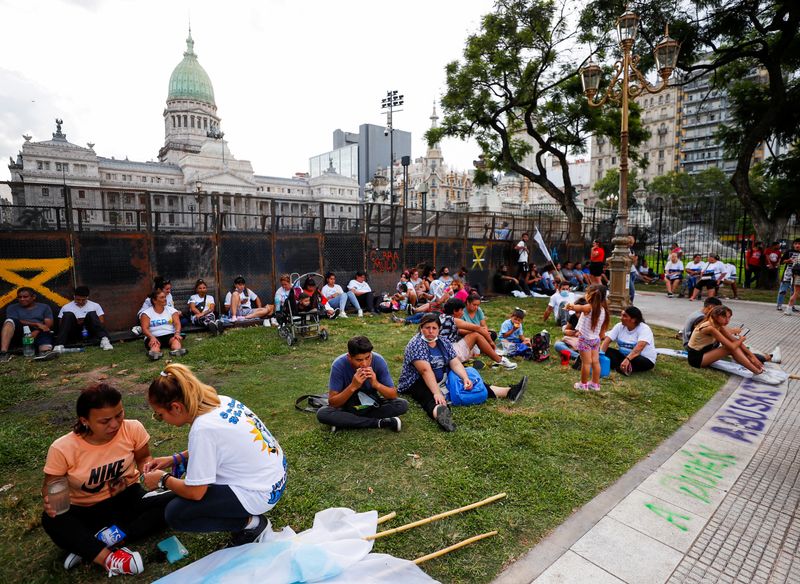 BUENOS AIRES (Reuters) – The International Monetary Fund (IMF) has reached a staff-level agreement on Argentina’s $44 billion extended fund facility arrangement, which should unlock nearly $4 billion in funds for the country, the lender said on Monday.

The approval, which needs to be ratified by the IMF executive board, would unlock $3.9 billion for the embattled South American nation, which is looking to rebuild reserves and tamp down spiraling inflation.

Argentina, a major grains producer, struck a new IMF deal earlier this year to replace a huge failed program from 2018. The new program was critical to being able to meet the country’s obligations to the IMF that it was otherwise unable to pay.

That deal came with economic targets, including rebuilding depleted international reserves and reducing a deep primary fiscal deficit to improve the country’s finances.

“Most of the revised quantitative program targets through end-June 2022 were met, with the exception of the floor of net international reserves, mainly on account of higher-than-programmed import volume growth,” the IMF said in a statement.

“A subsequent period of FX and bond market volatility has been arrested following decisive policy steps to correct earlier setbacks and rebuild credibility.”

The IMF has praised steps by Argentina’s Economy Minister Sergio Massa, who took over the role in August after a volatile period that saw long-term minister Martin Guzman quit and his replacement Silvina Batakis only last a few weeks.

On Argentina’s reserves, which have proven hard to rebuild, the IMF said that they should still rise by some $9.8 billion in the 2022-23 period, in line with program targets. The global economic environment, however, has weighed on growth and stoked inflation.

“Notwithstanding this, against the backdrop of resolute actions by the new economic team, market pressures are dissipating, and the growth outlook remains unchanged at 4% for this year, before moderating to the potential rate of 2% in 2023 and beyond,” the IMF added.