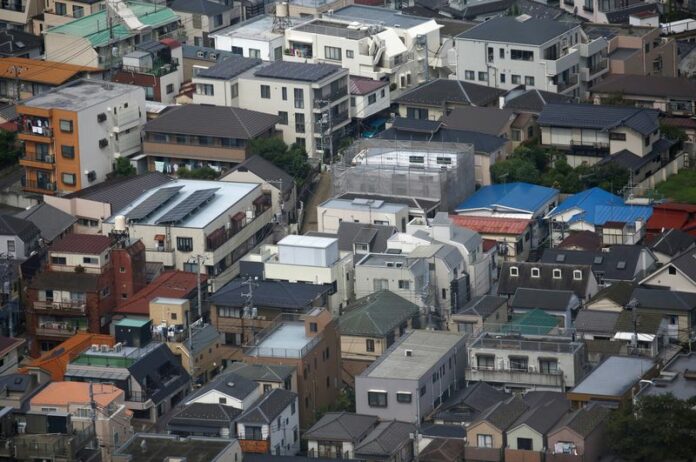 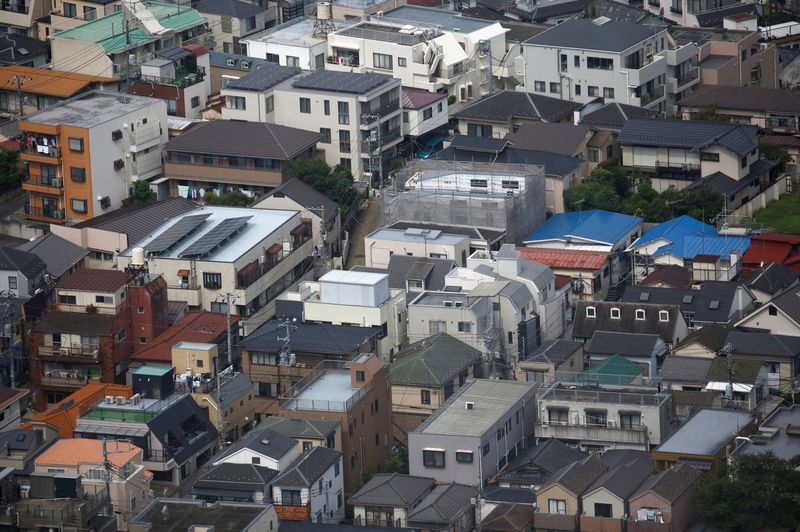 TOKYO (Reuters) – Japanese land prices rose in the 12 months to July 1 for the first time since before the pandemic, thanks to easing of measures to control COVID-19, an annual land ministry survey showed on Tuesday.

The data highlighted continued harm that border controls are inflicting on Japan’s tourism industry, at a time when the government is signalling further reopening to attract foreign visitors.

Overall property prices in the world’s third-largest economy were 0.3% higher on July 1 than a year earlier, following a 0.4% decline in the year to July 1, 2021, and a 0.6% fall in the 12 months before that, the survey showed.

“Last year’s drop was due overwhelmingly to the impact of the pandemic, and this time land prices have recovered from there,” a land ministry official told a media briefing.

Prices of residential land, which had fallen for the previous 31 years, marked a slim 0.1% rise in the 12 months to July 1, following a 0.5% decrease in the year before, the survey showed. The ageing and decline of Japan’s population have driven the long-term descent in residential land value.

Commercial property prices rose faster, by 0.5%, reversing a 0.5% drop of the previous year thanks to retail demand reviving as Japan has dropped pandemic controls, according to the survey.

Data for 2016 to 2019 showed commercial land prices rising at accelerating rates, helped by stimulatory central bank monetary policy and a boom in hotel construction to cater to growing foreign tourists.

But strict COVID-19 border controls, partly relaxed in June, effectively barred tourist arrivals. Only 250,000 foreigners visited last year, 0.8% as many as in 2019.

As the yen has fallen nearly 20% against the U.S. dollar this year, officials have hinted at drastic further relaxation of border controls to boost the numbers of foreign visitors.

Property prices in some popular tourism locations rose in the 12 months to July 1 thanks to returning domestic visitors. But areas that have relied heavily on foreign tourists, such as downtown Osaka, continued to see falling prices, the land ministry official said.

Tuesday’s data also showed a 1.7% rise in the value of industrial land. It was the fifth year of price growth, helped by solid demand for space for online-commerce warehouses.

Among 21,431 surveyed locations, an industrial area in southwestern Kumamoto prefecture enjoyed the biggest land price increase, 31.6%, thanks to factory construction in the neighbourhood by Taiwan Semiconductor Manufacturing Co (TSMC).

“A wave of semiconductor-related firms and logistics operators are establishing their businesses there (in Kumamoto),” the land ministry official said, adding that the project had also stimulated residential and commercial property values in adjacent districts.