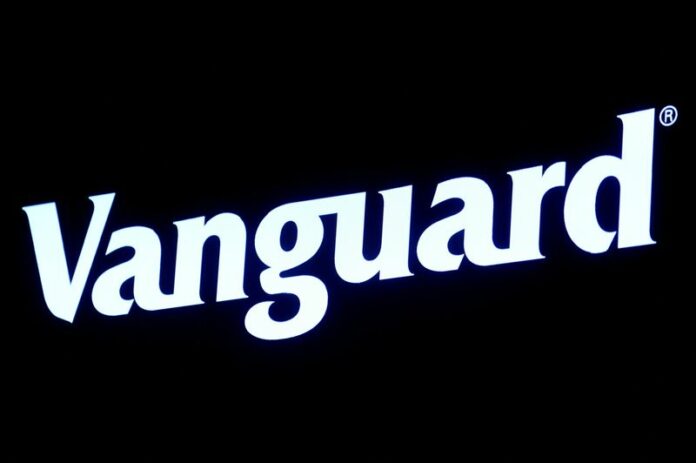 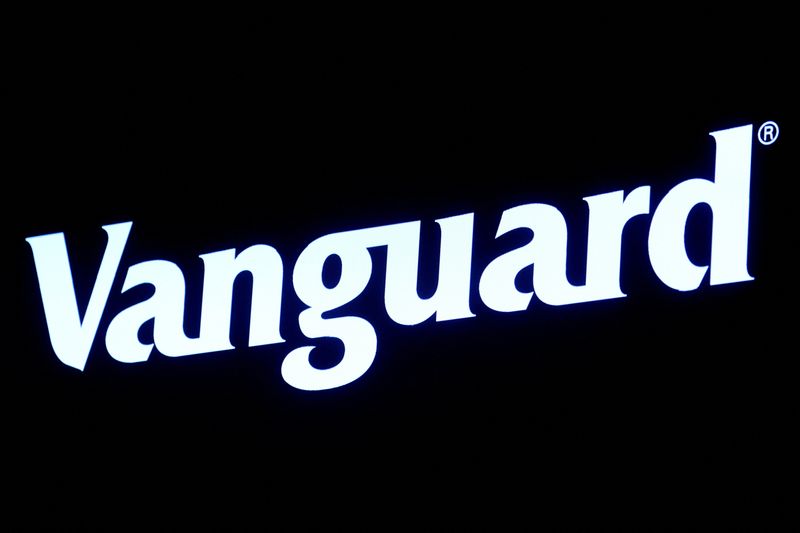 © Reuters. FILE PHOTO: The logo for Vanguard is displayed on a screen on the floor of the New York Stock Exchange (NYSE) in New York City, U.S., June 1, 2022. REUTERS/Brendan McDermid

NEW YORK (Reuters) – Vanguard, the world’s second-largest asset manager, believes U.S. Treasuries are near the end of a painful decline even as prices tumble to fresh multi-year lows, a senior portfolio manager at the firm told Reuters.

Benchmark U.S. Treasury 10-year yields, which move inversely to prices, on Monday hit their highest level since 2011, continuing a trend that has put bonds in the midst of their worst year ever as the Federal Reserve rolls out massive rate hikes to fight surging inflation. Markets broadly expect the central bank to raise rates by another 75 basis points on Wednesday after already delivering 225 basis points in tightening this year.

Portfolio managers at Vanguard, however, believe that Treasuries have already seen the worst of their declines and the Fed is likely to pull back on its monetary policy tightening if growth begins to slide sharply. The Malvern, Pennsylvania-based firm manages around $7.3 trillion in assets.

“The more aggressive the Fed goes, the closer it brings us to a hard-landing scenario. And we know what happens in a hard landing: there’s going to be a quick pivot … and at that point clearly bonds start performing again,” said John Madziyire, senior portfolio manager and head of U.S. Treasuries and TIPS at Vanguard Fixed Income Group.

He said Vanguard has been reducing exposure to lower-quality credits recently, amid expectations of a more hawkish Fed.

“If you’re positioning for that, you obviously want to be tilted more defensively … And that by definition means you’re leaning more towards Treasuries.”

Past rate hiking cycles have shown that yields reached their peaks before the Fed’s final two increases, or three-to six months before the cycle was over, Madziyire said.

“As long as … you have your scenarios of what the potential tail risks are and you’re willing to hold that position into that tail risk, you know you will at some point be right,” he said.

Fed Chairman Jerome Powell has said price pressure can be lowered without a sharp economic slowdown. He has also emphasized, however, that the central bank will be relentless in its fight to stamp out inflation.

Fed funds futures’ traders expect interest rates to keep climbing to a high of around 4.4% next March, over 200 basis points higher than the current benchmark overnight interest rate. That compared with 3.8% earlier this month.

Madziyire emphasized that investors “should be willing to stomach a bit of a loss,” since accurately timing the Fed’s pivot will be difficult.

“Timing the market is close to impossible … but what you try to do is try to figure out when you’re getting closer to the end and then positioning for that,” he said.

At the same time, the income earned from higher yields can also help blunt losses if bond prices fall further than expected, he said.

“Even if 10-year yields go 10 basis points higher than you would expect in the worst case, relative to the amount of yield you’re picking up you’re going to make your money back as yields are so attractive,” he said.