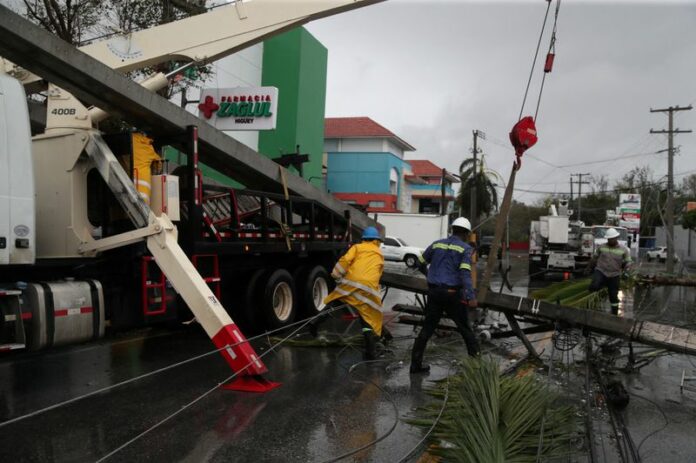 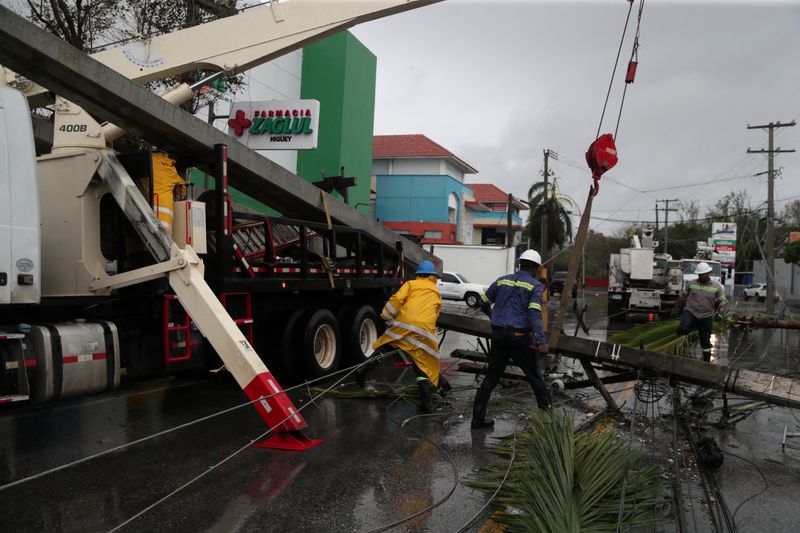 SAN JUAN, Puerto Rico/SANTO DOMINGO, Dominican Republic (Reuters) – Residents were ordered to take shelter on the Turks and Caicos Islands on Tuesday as an increasingly powerful Hurricane Fiona churned towards the Caribbean archipelago, leaving death and destruction in Puerto Rico and the Dominican Republic.

The strengthening Category 2 storm, predicted to become a Category 3 event by Tuesday afternoon with winds exceeding 111mph (178kmh), was on track to pass close to the eastern end of the Turks and Caicos Islands on Tuesday evening, before heading for the southern Bahamas.

Having caused a total blackout, killed at least two and caused catastrophic flooding in Puerto Rico, followed by torrential rain and powerful winds in the Dominican Republican, Fiona gained power as it churned northwards across the warm Caribbean waters on Monday. It was on course to become the first “major hurricane” of the 2022 season if it becomes a Category 3 storm, according to the National Hurricane Center.

On the Turks and Caicos Islands, a British Overseas Territory with 40 low-lying coral islands and a population of about 40,000 that sits about 700 miles southeast of Florida, the government’s National Emergency Operations Center (NEOC) told residents of three eastern islands to shelter in place, and ordered businesses to close.

“All persons are to remain indoors at their residence, place of safety or where they seek shelter until the NEOC issues NATIONAL ALL CLEAR”, the agency told residents of Grand Turk, South Caicos and Salt Cay. Residents were stocking up on food and water while shelters were being prepared. Foreign governments issued travel alerts for the islands, a popular tourist destination.

In Puerto Rico, a territory of the United States, residents were still facing strong winds, frequent lightning and heavy rain on Monday.

Fiona made landfall in Puerto Rico on Sunday afternoon, dumping up to 30 inches (76.2 cm) of rain in some areas, with at least two people killed.

The storm comes five years after Puerto Rico was ravaged by Hurricane Maria, which triggered the worst power blackout in U.S. history and killed 3,000.

U.S. President Joe Biden spoke with Puerto Rico Governor Pedro Pierluisi on Monday, promising to increase the support personnel sent to the island over the next few days.

Nearly 90% of Puerto Rico remained without power on Monday, according to Poweroutage.us. Officials said it would take days to reconnect the whole island of 3.3 million people.

Puerto Rico’s power grid is fragile despite emergency repairs after Maria, according to Center for a New Economy, a Puerto Rican think tank.

Maria, a Category 5 storm in 2017, left 1.5 million customers without electricity and knocked out 80% of power lines. Thousands of Puerto Ricans still live under makeshift tarpaulin roofs.

Fiona made landfall in the Dominican Republic near Boca Yuma at 3:30 a.m. local time on Monday, according to the NHC. The center of the storm reached the northern coast of Hispaniola before noon.

It is the first hurricane to score a direct hit on the Dominican Republic since Jeanne left severe damage in the east of the country in 2004.