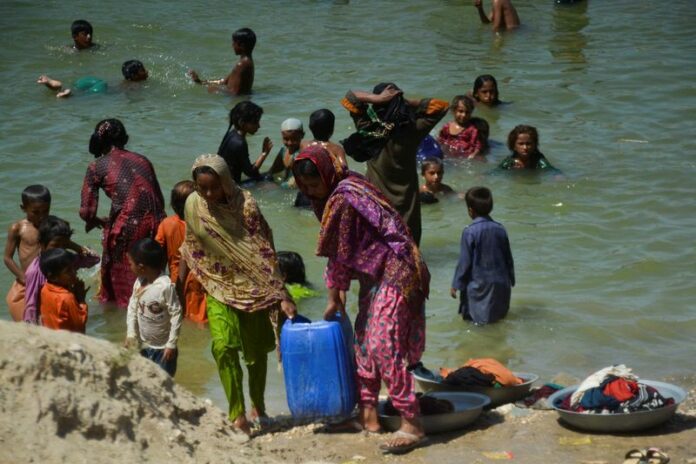 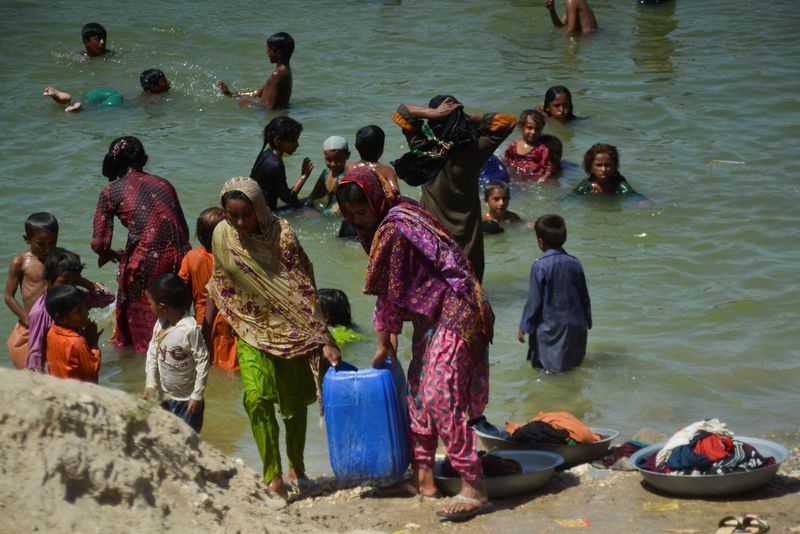 © Reuters. People, displaced because of the floods, carry a canister filled with flood water while taking refuge in a camp, following rains and floods during the monsoon season in Sehwan, Pakistan September 20, 2022. REUTERS/Stringer

(Reuters) – Denmark on Tuesday pledged over $13 million (100 million Danish crowns) to support developing nations that have experienced losses caused by climate disruptions, becoming the first country to offer “loss and damage” compensation to the most climate-vulnerable areas.

Danish Development Minister Flemming Møller Mortensen made the pledge on the sidelines of the United Nations General Assembly, saying the new climate funds would go to the Sahel region in northwestern Africa and other fragile regions.

“I am very happy that we have agreed to increase support for climate-related losses and damages,” he said in a statement. “It is grossly unfair that the world’s poorest should suffer the most from the consequences of climate change, to which they have contributed the least.”

Some of the world’s most fragile areas, such as low-lying islands are pushing to create a funding facility for “loss and damage” – or consequences of climate change that go beyond what people can adapt to – to be established at U.N. climate negotiations in Egypt in November.

The United States, EU and other rich nations that represent the bulk of historical greenhouse gas emissions have opposed the creation of a separate fund to address loss and damage.

Denmark offered the new loss and damage funding as part of its 2022 Finance Act and pledge to dedicate at least 60% of its climate aid to help countries adapt to climate change.