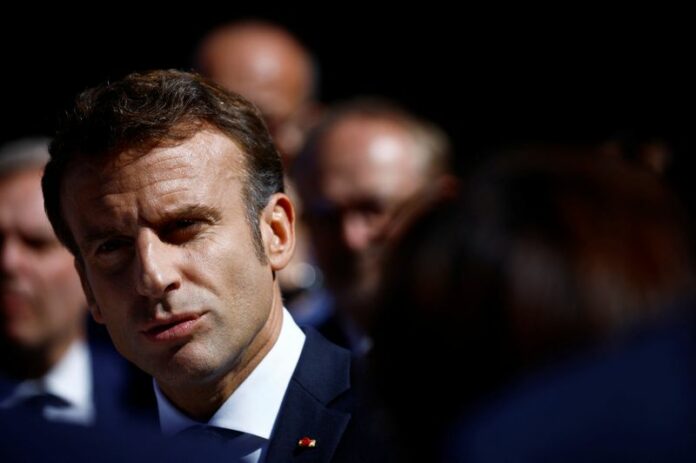 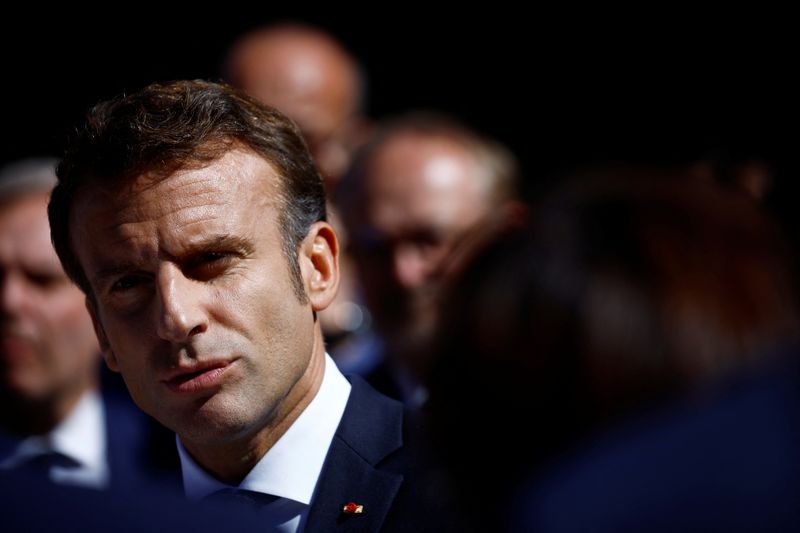 © Reuters. FILE PHOTO: French President Emmanuel Macron delivers a speech at the Sub-Prefecture in Saint-Nazaire after a visit at the Saint-Nazaire offshore wind farm, off the coast of the Guerande peninsula in western France, September 22, 2022. REUTERS/Stephane Ma

PARIS (Reuters) – French President Emmanuel Macron will press ahead with reforming the country’s unwieldy pension system and his government will draft legislation by Christmas, a source present at a dinner where Macron briefed ruling party lawmakers said on Thursday.

The source said the government would continue consultations with other political parties and trade unions as it drafted the bill. The intention was to hold a vote in early 2023 and for the reform to take effect in July.

Prime Minister Elisabeth Borne is expected to issue a statement later on Thursday, the source added.

An Elysee spokesperson did not respond to a request for comment. Macron informed ruling party parliamentarians of his intentions at a dinner on Wednesday.

Reforming France’s costly and complicated pension system was a key plank of election platform when he first came to power in 2017 but his initial proposals infuriated the unions and provoked weeks of protests and transport strikes just before the pandemic hit. Macron put it on hold as he ordered France into lockdown in early 2020.

Against a backdrop of surging inflation across Europe and the continent’s worst cost-of-living crisis in decades, opposition remains strong among Macron’s political adversaries and the trade unions.

His own political party, which no longer has a ruling majority in parliament, is also divided on the issue.

A multi-sector strike by several trade unions on Thursday will be a test of the unions’ ability to mobilise support and a barometer of potential social unrest. [L8N30Z48Q]

Macron has spoken repeatedly of wanting to make the French work longer and raising the retirement age from 62.

If the reforms were blocked in parliament, the government could in theory use the ‘49.3’ clause – namely a French constitutional mechanism to allow a government to pass legislation even if lacks a majority in parliament.