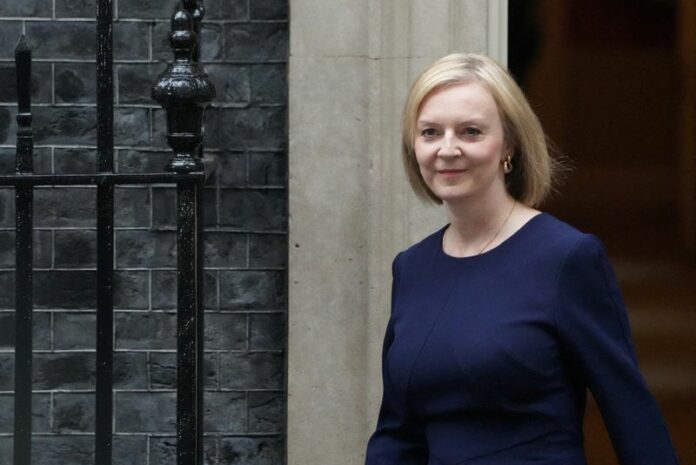 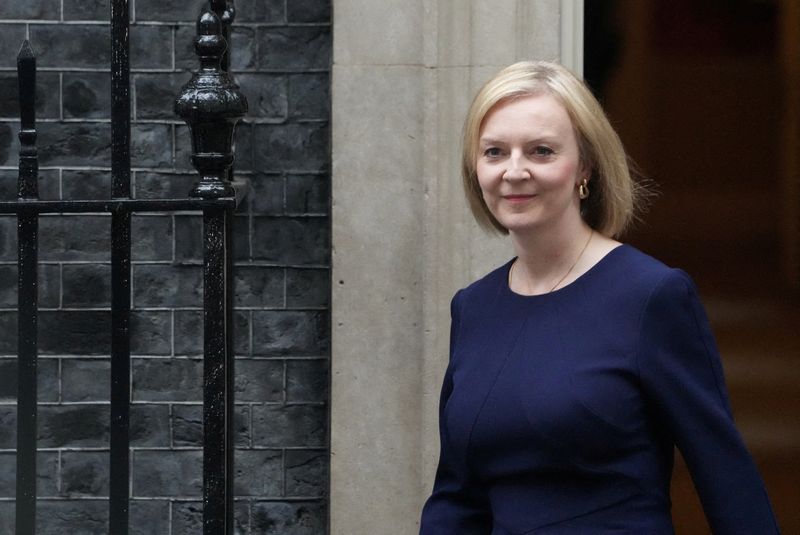 By Elizabeth Piper and Andrew MacAskill

BIRMINGHAM, England (Reuters) – British Prime Minister Liz Truss tried to reassure her party and the public on Sunday by saying she should have done more to “lay the ground” for an economic plan that saw the pound fall to record lows and government borrowing costs soar.

On the first day of her governing Conservative Party’s annual conference, Truss, in office for less than a month, adopted a softer tone by saying she would support the public during a difficult winter and beyond.

She defended her “growth plan”, a package of tax-cutting measures that investors and many economists have criticised for setting out billions of pounds of spending while offering few details on how it would be paid for in the short term.

Truss said it was the right direction, suggesting critics did not realise the depth of Britain’s problems and that she should have done more to explain them — an argument that market traders and investors have dismissed as a reason for the falls in the pound and the increase in borrowing costs last week.

But in what some Conservative lawmakers worry will hurt their prospects at an election due in 2024, she did not deny that the plan would require spending cuts for public services and refused to commit to increasing welfare benefits in line with inflation while endorsing a tax cut for the wealthiest.

“I understand their worries about what has happened this week,” she told the BBC in the central English city of Birmingham.

Jake Berry, chairman of the Conservative Party, suggested the markets may have overreacted, while admitting he was not an economist. “So let’s see where the markets are in six months time,” he told Sky News.

Truss took office on Sept. 6, but Queen Elizabeth died two days later and so the first days of the new prime minister’s term were largely taken up with the national mourning period, when politics was all but paused.

She launched her plan two weeks after taking office, with her team feeling she had signalled her plans during a leadership campaign against rival Rishi Sunak, who had argued against immediate tax cuts.

But the scale of the unfunded cuts spooked markets. After a large sell-off, the pound has since recovered after Britain’s central bank, the Bank of England, stepped in, but government borrowing costs remain markedly higher.

Investors say the government will have to work hard to restore confidence, and the BoE emergency round of bond-buying is due to run only until Oct. 14, leaving Truss with little time.

Beyond the market reaction, Truss’s economic plan also raised alarm in the Conservative Party, particularly over the scrapping of the highest 45% level of income tax.

Some in the party fear they are at risk of being seen as “the nasty party”, cutting taxes for the wealthiest while doing little to improve the lives of the most vulnerable.

In what could be a sign of things to come, business minister Jacob Rees-Mogg was heckled by a dozen protesters shouting “Not welcome here” when he was arriving at the conference centre. He had to be escorted by police.

One former minister, Michael Gove, who was long at the heart of government, also rubbished the party’s plans to abolish the top tax rate, hinting he might vote against it, and Andy Street, the Conservative mayor of Birmingham, said he would not have made that policy.

“It is going to be very, very difficult to argue it’s okay to reduce welfare payments when we are cutting taxes for the richest,” Gove told an event at the conference.

Truss argued the move was part of the simplification of the tax system, but added the decision on the top tax was taken by her finance minister, Kwasi Kwarteng.

When asked whether all of her cabinet of top ministers had been told in advance, Truss said: “No, we didn’t, this was a decision that the chancellor made.”

She also suggested that politicians spent too much time worrying about how their policies were received by the public, saying she was focused on driving growth. Truss has often said she is not scared of making unpopular decisions.

But she struggled when pressed to answer whether scrapping some taxes would have to be paid for with cuts to public services. Rather than denying this, she said she wanted the best possible services, which offer taxpayers value for money.

“I am going to make sure we get value for money for the taxpayer, but I am very, very committed to making sure we have excellent frontline public services.”

How the Bank of England threw markets a lifeline