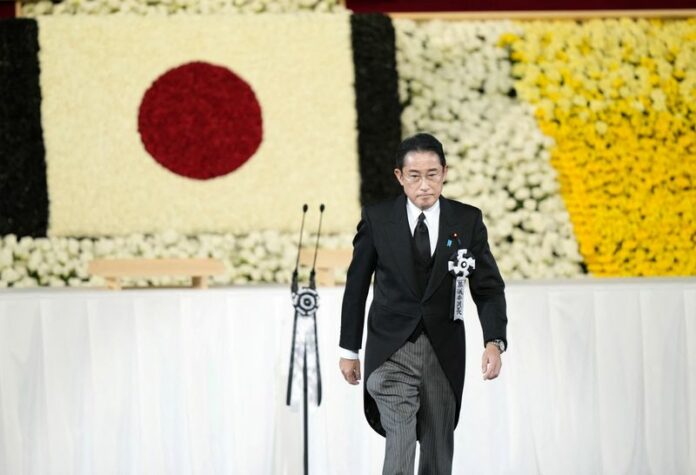 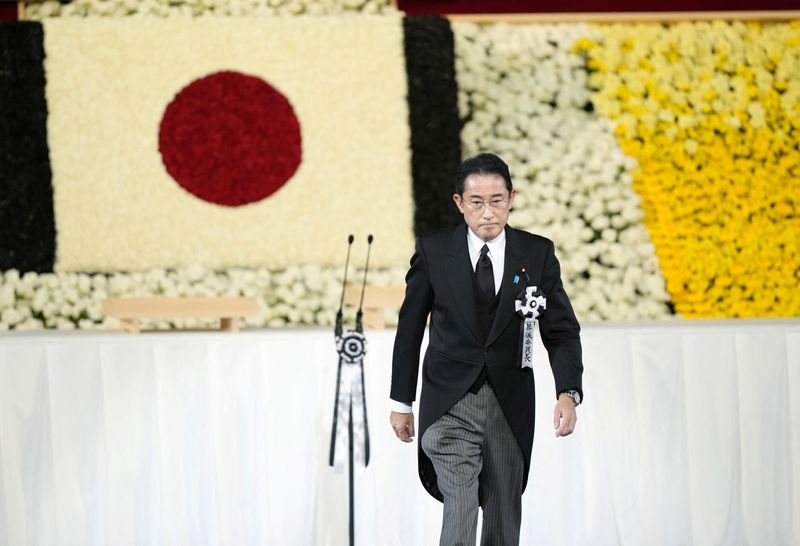 TOKYO (Reuters) -Japanese Prime Minister Fumio Kishida on Monday vowed to take steps to cushion the economic blow from rising inflation and boost inbound tourism to maximise the benefits from a weak yen, in a fresh attempt to prop up his sliding approval ratings.

Dealing with rising living costs and the fallout from the yen’s recent sharp falls will be among steps the administration will focus on, Kishida said in a policy speech to parliament, stressing that revitalising the economy was his “top priority.”

“A big challenge Japan will face toward next spring is the risk of a sharp rise in electricity bills. We will take unprecedented, bold measures that directly ease the burden on households and companies,” he said.

The government will compile a package of measures by the end of this month to ease the pain from rising inflation, he added.

A year since becoming prime minister, Kishida has seen his popularity plunge due to revelation of his ruling party’s ties with a controversial religious party. He is also under pressure to ease the pain from a weak yen, which boosts exporters’ profits but hurts households by inflating the cost of importing already expensive raw material prices.

A poll by the Asahi newspaper showed on Monday that disapproval for Kishida’s administration rose to 50% in October from 47% in September, exceeding the approval rate of 40%.

As part of measures to boost the benefits from a weak yen, Kishida said Japan will fully open borders to overseas visitors from Oct. 11 to revitalise inbound tourism.

“We will powerfully pursue policy measures to maximise the benefits of a weak yen,” with a target of having foreign tourists spend over 5 trillion yen ($35 billion) in Japan annually, he said.

Attracting chip and battery plants, and promoting exports of agriculture products would also be among the steps Japan would take to gain from the weak yen, Kishida said.

Keen to keep supporting a fragile economy, the Bank of Japan has shown no intention of tweaking its ultra-low interest rates that are driving down the yen.

The government intervened in the foreign exchange market last month to prop up the yen, and hopes to mitigate households’ pain from rising prices with subsidies and pay-outs.

But analysts doubt whether Kishida’s spending plan would help revitalise the economy, or his falling popularity.

“Kishida is paying the price for putting off important decisions on economic and energy policies,” said Yasuhide Yajima, chief economist at NLI Research Institute in Tokyo.

“His ruling party has failed to push through structural reforms. That’s making it difficult to address problems now being exposed by the COVID-19 pandemic and the weak yen.”