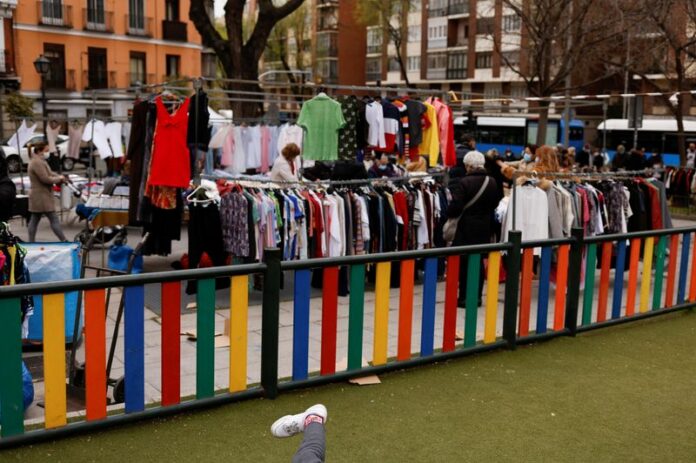 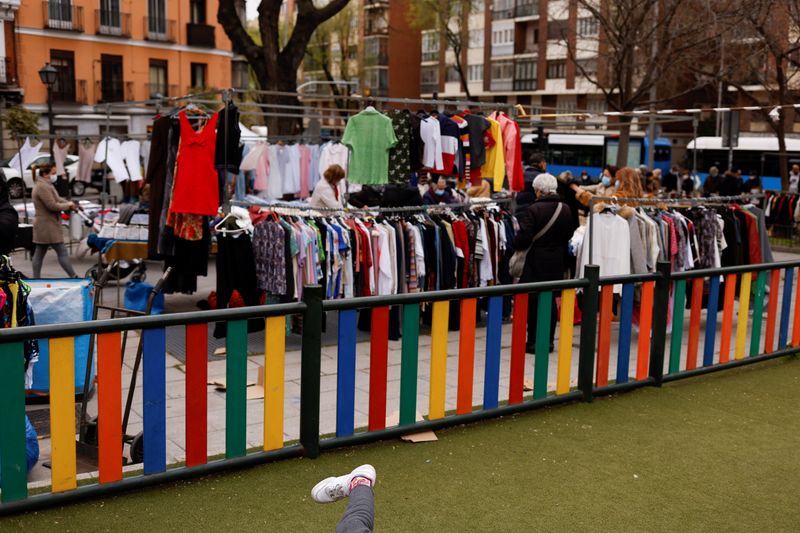 © Reuters. A child plays at a playground as people shop at a street market in Madrid, Spain, April 5, 2022. REUTERS/Susana Vera

MADRID (Reuters) -The Bank of Spain on Wednesday significantly cut its GDP growth forecast for next year due to the impact of higher energy prices in Europe and lower consumer spending.

It said it expected gross domestic product to expand 1.4% in 2023, down from a previously expected growth rate of 2.8%, in stark contrast with the government’s forecast of 2.1% growth.

Economic activity in the euro zone has been hit by the financial fallout from Russia’s invasion of Ukraine, triggering an increase in gas and power prices that the central bank said would affect the domestic economy in coming quarters.

“The high cost of energy and lack of supply are affecting the production of the most energy-intensive industries … Overall, this decline in industrial and household income is leading to a reduction in demand for the production of other industries,” a central bank statement said.

In this context, it said it estimates the economy grew 0.1% in the third quarter after expanding a higher than expected 1.5% in the second quarter, following the easing of COVID-19 restrictions and a stronger recovery in tourism.

This led the Bank of Spain to revise upwards its economic growth forecast for this year to 4.5% from 4.1%.

Due to geopolitical uncertainty stemming from the war and tighter finance conditions in the euro zone introduced to combat soaring inflation, the Bank of Spain said it did not expect the Spanish economy to recover to pre-pandemic levels until the first quarter of 2024, two quarters later than seen in June.

It then sees the economy growing 2.9% in 2024, faster than the previously expected 2.6%, as energy market tensions and disruptions in global supply chains are likely to ease, and also thanks to a faster deployment of European Union recovery funds.

Last year, the Spanish economy rebounded 5.5% after a record 11.3% slump in 2020 induced by the coronavirus pandemic.

“In the coming quarters, inflation will remain above 8%. Only from spring onwards will it slow down,” the central bank’s chief economist, Angel Gavilan, told reporters.