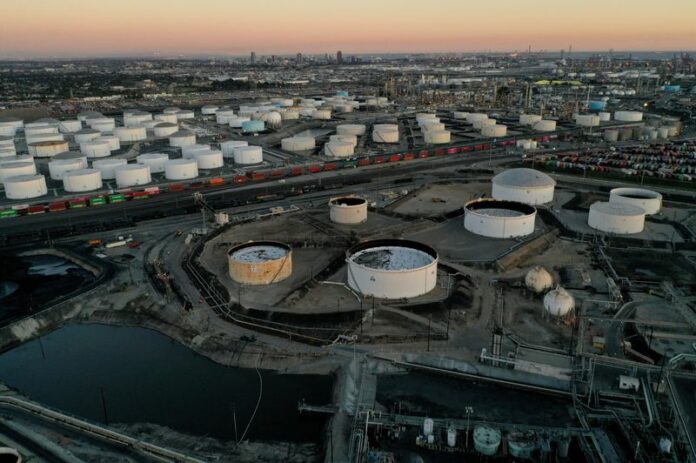 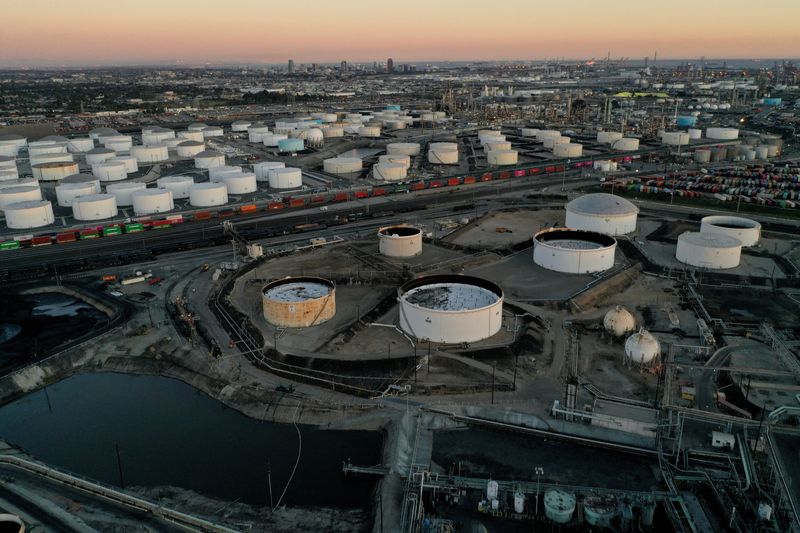 (Reuters) – U.S. gasoline prices have been rising again, and many worry that costs at the pump will go up further after OPEC and its allies said Wednesday the group known as OPEC+ would cut its production target.

Still, the national average may not rise that much, and could even fall in coming weeks.

U.S. gasoline prices skyrocketed early this year due to high demand and tight global refining supplies, but they began to fall after peaking in June. Now, the national average is up 20 cents from its mid-September lows of $3.67 a gallon, largely driven by gains in the Midwest and West Coast, according to the American Automobile Association.

Prices rose prior to that news, though the outlook is unclear. If oil remains in the $90-per-barrel range, gasoline prices may not be overly affected.

Crude oil prices are “struggling here to log gains even less than one day after the OPEC decision,” said Robert Yawger, senior vice president in energy futures at Mizuho Americas.

WHAT WAS AFFECTING GASOLINE PRICES IN THE FIRST PLACE?

Gasoline prices rose largely due to regional refinery outages in the west coast and the Midwest. In California, costs are up more than $1 per gallon in the last month whereas in Texas, prices remain lower than a month ago.

Refinery maintenance often takes place in the fall when demand drops after the summer driving season. This fall, however, some refineries had to shut units without warning due to infrastructure problems.

Three refineries in Washington state and California have had planned maintenance while another had an unplanned outage in September, according to Refinitiv data and refining sources. In the Midwest, BP-Cenovus’ Toledo refinery is still offline after a fatal explosion shut the plant late last month.

Overall, U.S. oil refiners were using 91% of their capacity as of last week, still seasonally high. Overall U.S. refining capacity has declined since the coronavirus pandemic crushed demand in early 2020.

WHERE WILL PRICES KEEP RISING?

One of the best indicators for retail costs is the price of wholesale gasoline futures. In the areas most hit by refining outages, those prices climbed to a record in late September but have dropped sharply in recent days.

Gasoline produced to meet California’s environmental rules has fallen $1 a gallon in Los Angeles and San Francisco wholesale markets in the past two weeks because of increasing supply, traders said.

That should cause prices to start to drop before long in California, where the retail cost is a nation-high $6.42 a gallon, said Patrick De Haan, head of petroleum analysis at GasBuddy.com.

“Wholesale prices had skyrocketed in the West Coast and Great Lakes. They’re starting to come back down now,” he said. “There’s going to be some significant relief coming for California so long as there are no new refinery outages.”

The nationwide average could keep edging up, analysts said, as refining activity in the Midwest and West Coast is offset by OPEC’s decision to lower output. However, De Haan said prices could be lower in a few weeks.

WHAT OTHER FACTORS ARE AFFECTING FUEL PRICES?

Tight refining supply has caused the gap between wholesale gasoline futures and retail prices to remain wide. It currently sits at about $1.20 a gallon, much more than the average of 88 cents over the past five years.

U.S. retail gasoline demand was sluggish throughout the summer, but has improved in the last couple of weeks, according to federal data. That has kept a lid on inventories, with U.S. stocks of gasoline sitting at an eight-year low. Additional refining upsets could squeeze that inventory more, boosting prices.