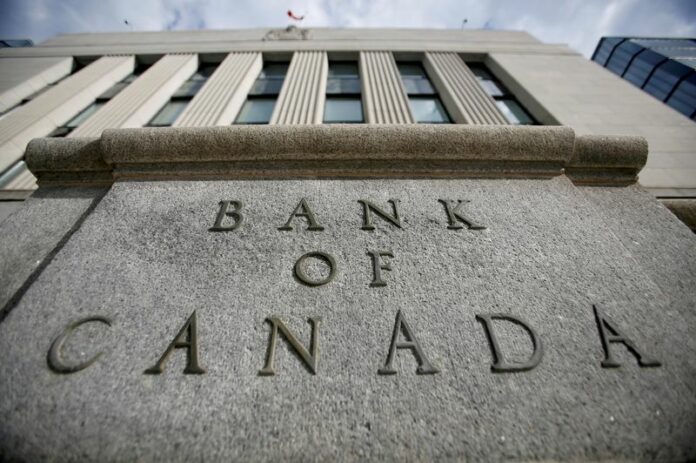 © Reuters. A sign is pictured outside the Bank of Canada building in Ottawa, Ontario, Canada, May 23, 2017. REUTERS/Chris Wattie

OTTAWA (Reuters) – The Bank of Canada made clear on Thursday it will not yet be pivoting away from its rapid pace of interest rate increases, with Governor Tiff Macklem saying there were no signs underlying inflation might be easing.

Macklem, in a speech to a business audience in Halifax, said domestic sources of inflation have not eased and are becoming more important, while global pressures are showing signs of cooling.

Canada’s headline inflation rate dropped to 7.0% in August, with core inflation running at about 5%, which Macklem said was too high.

“We have yet to see clear evidence that underlying inflation has come down. When combined with still-elevated near-term inflation expectations, the clear implication is that further interest rate increases are warranted,” he said.

“Simply put, there is more to be done. We will need additional information before we consider moving to a more finely balanced decision-by-decision approach.”

That message swung money market bets more heavily toward a 50-bp increase at the Bank of Canada’s next decision on Oct 26. The central bank has so far this year hiked its policy rate by 300 basis points to 3.25%, a 14-year high.

Economists said the tone was clear even though some data in recent weeks that could have shifted the central bank to a less hawkish stance.

Macklem later said whether the central bank can cool the economy enough to tame inflation without triggering a recession will depend, in part, on how sticky price increases are in Canada.

“There is a path to a soft landing, but it is a narrow path and there are risks,” he said, answering audience questions.

The bank’s focus will be on the two measures known as CPI-trim and CPI-median, he explained, noting CPI-common was becoming more difficult to use due to large historic revisions.

Reuters reported this week that economists and markets were scrambling for a reliable measure of underlying inflation as those same large and frequent revisions have dented the credibility of CPI-common.

“We are reassessing CPI-common,” Macklem said.

He also gave some details on the rate decision summaries the central bank will start publishing next year, saying they would include key points of focus in the deliberations and options discussed, along with clarity around how governing council reached a consensus decision.

“We’ve been doing this to some extent in the (MPR) opening statement. The summary of deliberations will be an opportunity to do this in a more fulsome way and hopefully that can add transparency to our thinking,” he said.