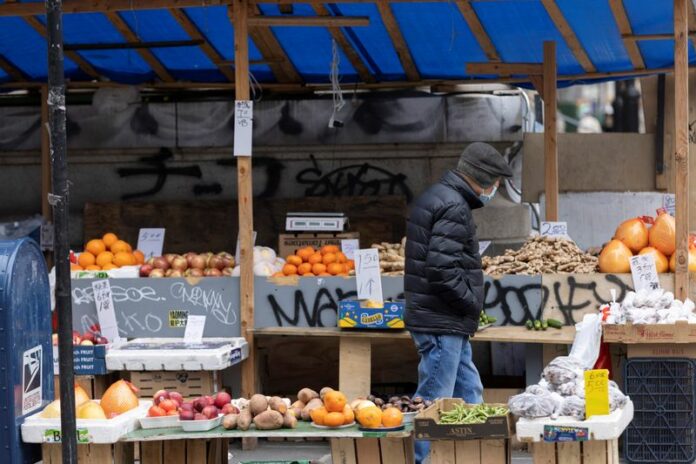 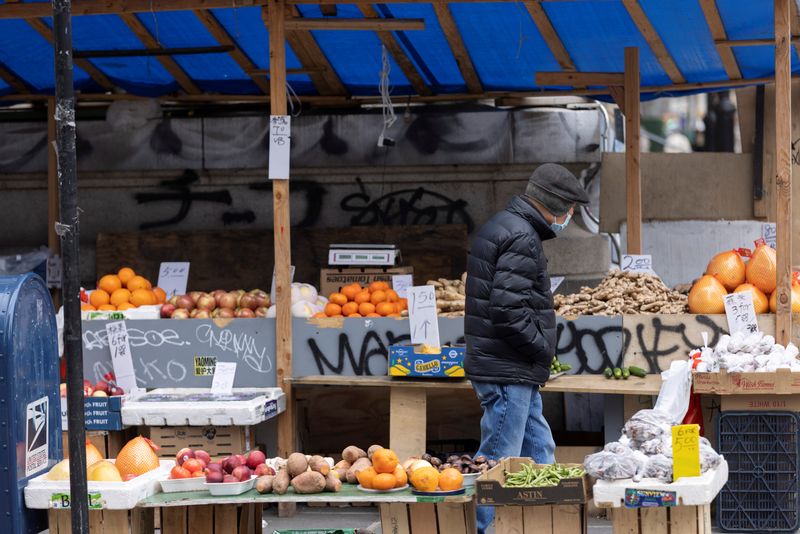 (Clarifies in paragraph 17 that Mester was referring to core inflation)

WASHINGTON (Reuters) -Faced with mounting evidence that loose U.S. monetary policy contributed to the breakout of inflation last year, the Federal Reserve now faces the risk it jumped too far the other way with its plans to fight price pressures through continued aggressive interest rate hikes even as the world economy wobbles.

The warning signs of a policy overcorrection have intensified as the U.S. central bank’s intent to “raise and hold” its benchmark overnight interest rate touched off a global asset repricing – stocks and currencies have fallen and borrowing costs for governments and corporations have risen – that some analysts worry has outpaced the Fed’s ability to assess the impact of its policies.

Broad measures of financial conditions have tightened fast in U.S. markets. Economists at Morgan Stanley (NYSE:MS) recently estimated that between inflation and stricter Fed policy, dollar liquidity in the United States, Europe, Japan and China has declined by $4 trillion since March and is falling fast.

The current path “will lead to intolerable economic and financial stress,” Michael Wilson, an equity analyst at the investment bank, wrote on Sunday. “The first question to ask is, when does the U.S. dollar become a U.S. problem” through global and market impacts that start to influence the American economy and lead Fed officials to reevaluate the pace of their monetary tightening.

The Fed raised interest rates at its Sept. 20-21 policy meeting by three-quarters of a percentage point for the third time in a row, and indicated further large increases were in the offing later this year.

So far, U.S. central bank officials insist nothing in the global marketplace has changed the game plan, even as analysts parse every adverb in policymakers’ public remarks for signs that a lighter-touch Fed may emerge at next month’s meeting.

This reading of the tea leaves was on display last week when some investors interpreted Fed Vice Chair Lael Brainard’s reference to “deliberately” raising interest rates as a signal the central bank might slow down the pace of tightening.

The shift in monetary policy this year has been the most dramatic in decades, with the Fed’s policy rate rising a full 3 percentage points to the current 3.00%-3.25% range. While Fed projections released last month showed officials at the median penciling in another large rate hike at the Nov. 1-2 meeting, the group was closely divided.

In interviews and public statements over the past week, however, Fed policymakers, far from concern over rattled asset markets, have laid out detailed accounts of what they got wrong on inflation over the past two years – including mistakes in their own policymaking – and their intent to fix it.

“Inflation is turning out to be much more persistent than we thought it was going to be,” Cleveland Fed President Loretta Mester said on the sidelines of a conference at the regional bank.

The list of culprits is long and includes things, like unexpected changes in people’s choices over what to buy and where to work and the surprising inflexibility of U.S. supply chains, over which the Fed has little influence.

But while those developments might have caused relative shifts in prices, Mester and others at the Fed now believe it was the joint evolution of monetary and fiscal policy over the last two years that created the more persistent increase in the underlying price level that the Fed is now trying to arrest.

Pandemic-era fiscal policy was meant to create a “bridge” to help households and businesses through the COVID-19 crisis. But the more than $5 trillion in payments, loans and other aid, with new stimulus still being rolled out as late as the spring of 2021, built a world-class surge of cash that fueled purchases of goods and services that the economy strained to provide.

Fed policy, oriented to fight the pandemic and ensure U.S. workers found a pathway back to jobs, remained loose throughout, with low interest rates that were meant to encourage spending in effect until only recently.

Underlying, or “core” inflation, became embedded “because we actually needed to raise our funds rate, or fiscal policy had to adjust to be less accommodative,” Mester said last week. In the moment “there was a feeling that policy wasn’t too accommodative, because it was a huge pandemic shock … One thing we learned is the economy is actually much more resilient than people thought it was going to be.”

Acting otherwise would have been difficult.

In March 2021, for example, when President Joe Biden’s $1.9 trillion American Rescue Plan was enacted and the last rounds of stimulus checks were being written, the unemployment rate was still 6%, the rollout of coronavirus vaccines was at an early stage, and inflation was only beginning to percolate. By the Fed’s preferred measure, inflation was running at an annual pace of 1.7% in February 2021, below the central bank’s 2% target.

Though it spiked in March to 2.5% and kept climbing, shifting policy at that point would have put the Fed in direct conflict with fiscal authorities who were still fighting to blunt the economic fallout of the pandemic – an uncomfortable position akin to what Bank of England officials are facing after the government of new British Prime Minister Liz Truss announced major tax cuts.

That would have been an exceptional bit of foresight, taken in an era when uncertainty has ruled and just as Biden’s presidency was taking shape.

“How could you not say we called it wrong. I don’t run away from that,” Richmond Fed President Thomas Barkin said in comments to reporters last week in Virginia. “The implicit perspective was this was going to be a demand recovery problem. So you got to do everything you can to demand” with policies to boost consumption and income.

In hindsight, “how much did we have to actually have to do?”

The Fed now faces a version of the same problem: How long to wait for evidence that inflation, now running at more than three times the central bank’s target, is falling before adjusting the pace of rate increases or even the endpoint of the policy rate.

Those concerned about the torrid and insistent pace of Fed rate increases argue that inflation is on the verge of turning, and that continued aggressive rate hikes could push the economy towards higher-than-necessary unemployment – the jobless rate is currently 3.7% – and slower-than-necessary growth.

“They have moved the needle … I am not sure they need to be as aggressive as they think they need to be,” said Ian Shepherdson, chief economist at Pantheon Macroeconomics and an advocate of the view that much recent inflation can be traced to rising profit margins that he thinks will quickly reverse as demand wanes.

If that proves true, and oil prices don’t spike again, a closely watched Fed gauge of inflation could be collapsing next year, Shepherdson estimates.

But the timing is uncertain, and Fed Chair Jerome Powell has said the “clock is ticking” on the central bank to show it can make progress on inflation in order to keep its credibility with markets and the American public.

Even after listing the forces she thought could pull inflation down and mentioning the “risks associated with overtightening,” Brainard said the Fed remained singularly focused.

“We have both the capacity and the responsibility to maintain anchored inflation expectations and price stability,” she said. “We are in this for as long as it takes to get inflation down.”