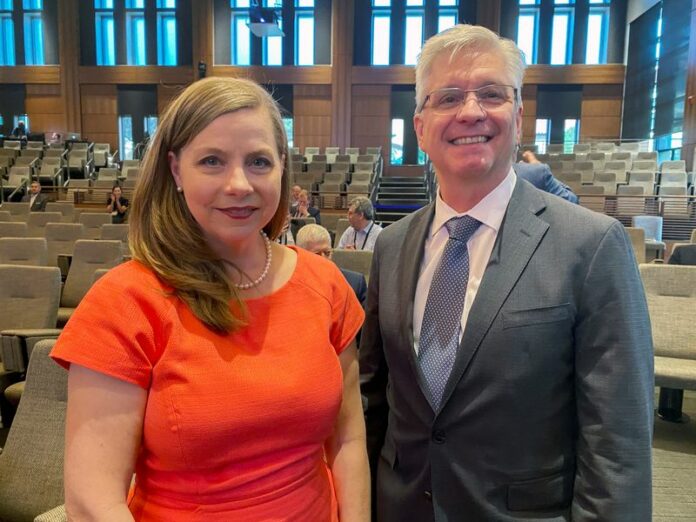 “Inflation is far from the FOMC’s goal and not likely to fall quickly,” Waller said, referring to the Federal Open Market Committee at the U.S. central bank that sets interest rates for the world’s biggest economy. “This is not the inflation outcome I am looking for to support a slower pace of rate hikes or a lower terminal policy rate” than that projected by policymakers last month.

The Fed has lifted its policy rate faster this year than at any time since the 1980s, delivering three straight 75-basis-point rate hikes through last month to bring the benchmark for short-term borrowing costs to a 3%-3.25% range.

Policymakers last month penciled another 100 to 125 basis points of rate hikes this year. A monthly jobs report and two more reads on inflation will arrive before the Fed’s next meeting in November, too little data in Waller’s view to significantly alter his view that labor markets are tight and inflation is too high, he said, “and I expect most policymakers will feel the same way.”

Investors widely expect the Fed to deliver a fourth 75-basis-point rate hike next month, and Waller said little to change that perception. “I imagine we will have a very thoughtful discussion about the pace of tightening at our next meeting,” he said, noting that there has been little progress on inflation and “until that progress is both meaningful and persistent, I support continued rate increases, along with ongoing reductions in the Fed’s balance sheet, to help restrain aggregate demand.”

“Let me be clear that this is not something I’m considering or believe to be a very likely development,” Waller said in remarks prepared for delivery at the University of Kentucky in Lexington, Ky.