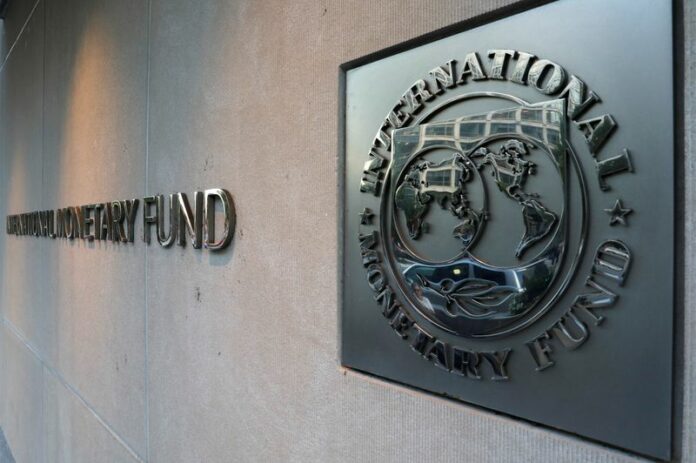 WASHINGTON (Reuters) -The International Monetary Fund should issue $650 billion in new emergency reserves to help its member countries grapple with overlapping health, food, energy and inflation crises, 140 civil society groups said in a letter to the IMF’s board on Thursday.

IMF officials in July said a fresh issuance of Special Drawing Rights (SDR) reserves was among the options for aiding countries struggling with spillovers from Russia’s war in Ukraine, but there were no active discussions on the matter.

The World Bank warned last month of the growing risk of a global recession as a result of the war, and said on Wednesday nearly 600 million people would still be living in extreme poverty – with income of just $2.15 a day – by 2030.

The groups’ plea for a second major SDR allocation in just over a year comes as global finance officials prepare to meet in Washington for the annual meetings of the IMF and World Bank.

Similar calls have come from lawmakers and business groups in recent months, although critics say a new issuance would also deliver fresh assets to Russia, which remains an IMF member.

Backers say in practice Russia would be hard pressed to find any country to swap its SDRs into hard currencies.

Mark Plant, a former IMF official with the Center for Global Development, said it would be difficult to win the 85% approval needed for another allocation given deep frustration that the Group of 20 major economies had not met their commitment to recycle $100 billion of their SDRs from the last one.

The IMF in August 2021 created and issued $650 billion in SDR assets to member countries to aid their recovery from the COVID-19 pandemic, but poor countries are clamoring for more funds due to high inflation and a mounting debt crisis.

The letter, signed by Action Corps, Arab Watch Coalition, Center for Economic and Policy Research and other groups from around the world, said over 100 countries had used last year’s SDR allocation in the first year.

Those countries needed more funds since they were struggling with the ongoing COVID-19 pandemic, soaring food and energy costs due to the war in Ukraine, climate disasters and high debt levels, the letter said.

They said 42 countries had exchanged their SDRs for hard currencies valued at $16 billion, and 69 countries used SDRS worth $80 billion in their budgets or for other fiscal purposes.

The non-partisan One Campaign, which tracks SDR pledges, said only $60 billion in pledges had been made thus far, with several countries – including Ireland, Norway, Switzerland and Sweden – having failed to make any pledges.

Sara Harcourt, senior policy director for development finance at the ONE Campaign, said it was shocking that so little progress has been made toward the $100 billion target.

“It’s like there’s a fire burning and the people in charge of the sprinklers aren’t using them,” she said.