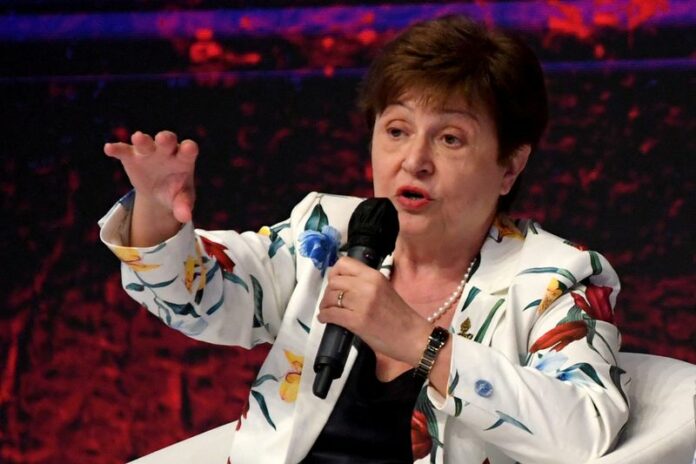 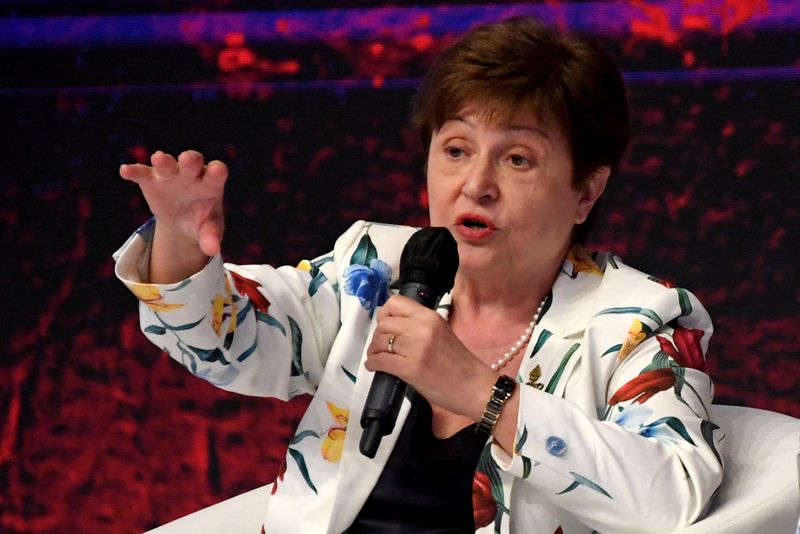 Georgieva said the outlook for the global economy was “darkening” given the shocks caused by the COVID-19 pandemic, Russia’s invasion of Ukraine and climate disasters on all continents, and it could well get worse.

“We are experiencing a fundamental shift in the global economy, from a world of relative predictability … to a world with more fragility – greater uncertainty, higher economic volatility, geopolitical confrontations, and more frequent and devastating natural disasters,” she said in a speech at Georgetown University.

Georgieva said the old order, characterized by adherence to global rules, low interest rates and low inflation, was giving way to one in which “any country can be thrown off course more easily and more often.”

She said all of the world’s largest economies – Europe, China and the United States – were now slowing down, which was dampening demand for exports from emerging and developing countries, already hit hard by high food and energy prices.

The IMF would lower its 2023 growth forecast from 2.9%, its fourth downward revision this year, when it releases its World Economic Outlook next week, she said. The global lender would leave its current forecast for 3.2% growth in 2022 unchanged, she said, and gave no number for the new 2023 forecast.

The war in Ukraine and global economic risks will dominate next week’s annual meetings of the IMF and the World Bank in Washington, which bring together finance ministers and central bankers from around the world.

The IMF estimates that countries accounting for about one-third of the world economy will see at least two consecutive quarters of contraction this year or next, Georgieva said.

“And, even when growth is positive, it will feel like a recession because of shrinking real incomes and rising prices,” she said.

Overall, the IMF expects global output to shrink by $4 trillion between now and 2026. That is roughly the size of the German economy and amounts to a “massive setback,” she added.

Georgieva said the division of the global economy into blocs supporting Russia, opposing it, or “sitting on the bench” following its invasion of Ukraine would wind up reducing important efficiencies and hurting poor people the most.

Uncertainty remained high and more economic shocks were possible, she said, warning that high debt levels and liquidity concerns could amplify the rapid and disorderly repricing of assets on financial markets.

Georgieva said inflation remained stubbornly high, but central banks should continue to respond decisively, even if the economy slowed down.

She told CNBC in an interview that U.S. Federal Reserve Chair Jerome Powell was walking a “very, very narrow” path in shaping monetary policy, but the IMF expected interest rates to be “somewhere in the 4% territory” in 2022 and 2023.

“If he doesn’t tighten enough, inflation may de-anchor. If he tightens too much, there could be recession. So Jay Powell is doing his best to watch the parameters in the economy to calibrate what he does, and I trust that he will make the right call,” she said.

Fiscal measures adopted in response to high energy prices should be targeted and temporary, she said in the speech.

“In other words, while monetary policy is hitting the brakes, you shouldn’t have a fiscal policy that is stepping on the accelerator. This would make for a very rough and dangerous ride.”

Britain this week reversed plans to cut taxes for the richest that had sparked market turmoil and a sharp rebuke from the IMF, which warned that the country’s financial plans risked increasing inequality and were at cross purposes with tightening monetary policy.

Asked on CNBC about the IMF’s criticism of UK policy, Georgieva said, “This is a message we convey to everybody.”

Georgieva urged greater support for emerging markets and developing countries, noting that high interest rates in advanced economies and the strong dollar had triggered capital outflows. The probability of portfolio outflows had risen to 40%.

She also called on China and private creditors – who hold the lion’s share of global debt – to address the risk of a widening debt crisis in emerging markets.