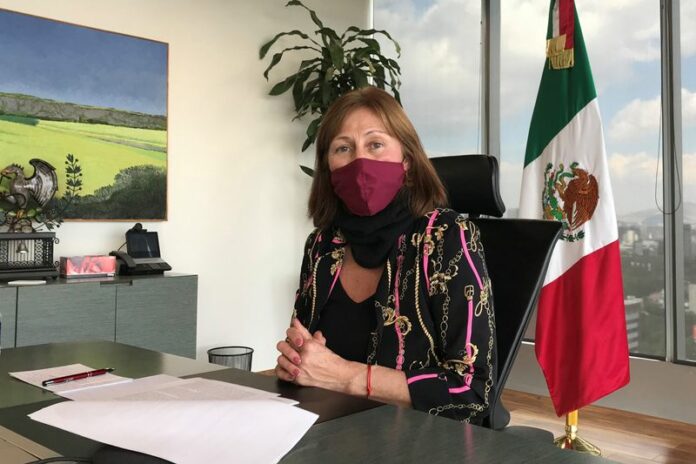 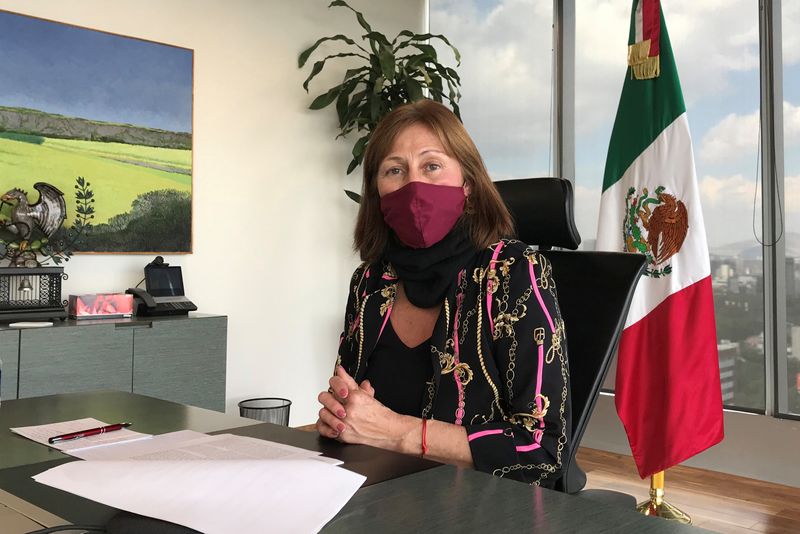 MEXICO CITY (Reuters) -Mexican Economy Minister Tatiana Clouthier stepped down on Thursday, depriving Mexico of one of its key trade negotiators as her government scrambles to head off a major dispute over energy with the United States and Canada.

Clouthier, a scion of a powerful political family who became economy minister early last year, said she had first told President Andres Manuel Lopez Obrador she intended to quit not long after the energy disagreement threatened to become costly for Mexico.

Her resignation was effective immediately.

The United States requested dispute settlement talks with Mexico over energy on July 20. Clouthier said she had first discussed her desire to step down with Lopez Obrador on July 26, using baseball as a metaphor to explain her decision.

“Like in the game, one needs to know when to retire,” Clouthier said as Lopez Obrador stood alongside her.

Lopez Obrador, a baseball fan, has made strengthening state control of energy a cornerstone of his economic agenda. The policy has upset U.S. and Canadian investors who argue their companies have been put at an unfair disadvantage.

Visibly moved while reading from her resignation letter in a government news conference, Clouthier said she had also raised her plan to resign with Lopez Obrador in September.

Lopez Obrador said he respected her decision. “We insisted she stay, but she’s a woman with convictions,” he added.

A replacement for Clouthier will be announced on Friday, Lopez Obrador said.

A person familiar with the president’s thinking told Reuters Buenrostro was being lined up for the job. Neither Buenrostro’s office nor that of the president immediately replied to requests for comment.

Clouthier’s departure comes just days after an initial consultation period for the energy dispute was set to expire. Washington had the option to request a dispute panel after 75 days, but U.S. and Mexican officials told Reuters talks would continue.

If the dispute does end up at a panel, Mexico risks getting hit with punitive trade tariffs, trade experts say.

Clouthier thanked the president for showing her “there’s no exhaustion, sickness or barrier that can’t be overcome when it comes to public service.”

Lopez Obrador did not respond when asked by a reporter if Clouthier was ill.

Clouthier, a former congresswoman and onetime member of the opposition center-right National Action Party (PAN), later joined forces with the leftist Lopez Obrador and played a major role in helping run his campaign for president in 2018.