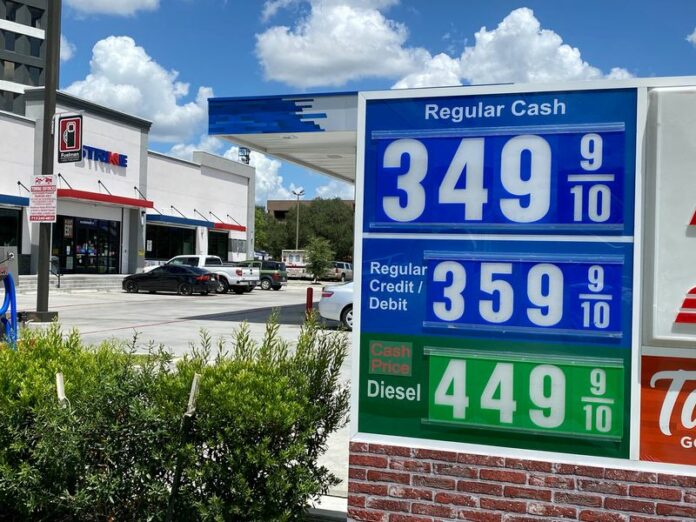 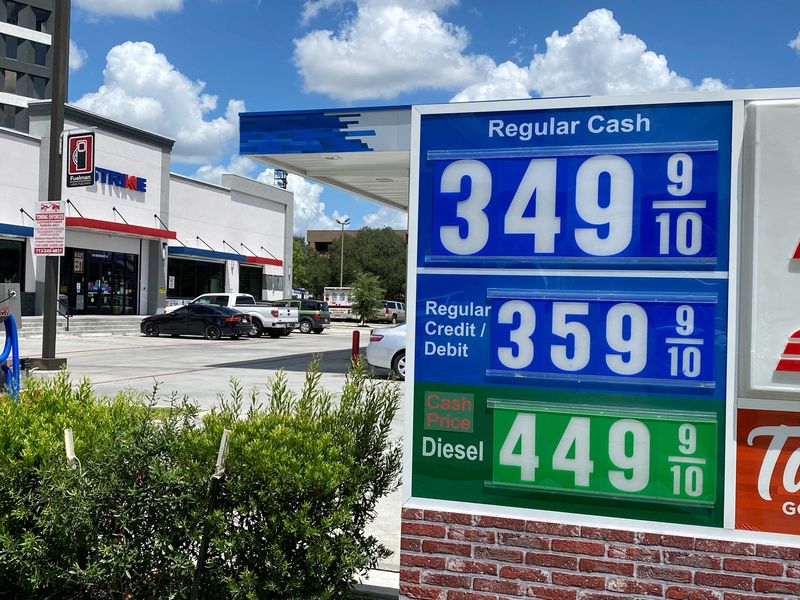 WASHINGTON (Reuters) – A production cut by the OPEC+ oil cartel is reigniting U.S. voters’ No. 1 fear – high inflation – and handing a potential boost to Republican candidates less than five weeks before the Nov. 8 midterm elections.

President Joe Biden’s White House has condemned the announced cut to production targets by the Saudi Arabia-led cartel, which sent energy prices higher after they had eased from summer highs.

The move late in the campaign season unsettled a growing consensus that Biden’s Democrats could stem their losses in the U.S. House of Representatives — though they are still expected to lose their narrow majority. Democrats are still favored to hold their razor-thin Senate majority.

But political strategists from both parties say Democrats’ hopes in either chamber could take a hit as voters across the country find themselves forking over more money at the pump.

“No Democrat wants an environment where people have to spend more money,” said Joel Payne, a Democratic strategist who worked on Hillary Clinton’s 2016 presidential campaign.

Republicans have pounced on the issue.

“Under Biden – OPEC controls our destiny rather than American energy independence,” Pat Harrigan, a Republican House candidates in North Carolina, said in a tweet.

Republicans have hammered Democrats all year over inflation, which has reached four-decade highs as gasoline prices surged with Russia’s March invasion of Ukraine. Moscow is also a member of OPEC+ and played a role in the cartel’s decision this week to cut output.

Inflation is a major reason that Biden’s public approval rating has remained below 50% for more than a year, weighing on his party’s congressional candidates. Control of either chamber of Congress could allow Republicans to bring Biden’s legislative agenda to a halt and launch potentially damaging investigations.

Republicans argue for loosening government restrictions on U.S. energy production as a way to lower costs. Biden’s Democrats have responded to high inflation with a $430 billion package signed into law in August which lowers healthcare costs and encourages clean energy.

Payne, the Democratic consultant, said the party should try to blunt the negative impact of the energy shock by showing voters they are trying to address the issue.

Biden said on Wednesday he will continue releasing oil “as necessary” from the government’s stock of reserves to combat high prices, and has called on Congress to find ways to reduce OPEC+’s power over prices.

“OPEC must be held responsible for this action,” said U.S. Representative Mike Thompson, a moderate Democrat from California who has voted for proposals that would open OPEC to antitrust lawsuits but which have yet to win full congressional approval.

A Reuters/Ipsos poll completed Oct. 3 showed inflation was the No. 1 concern for 30% of registered voters, including a fifth of Democrats and two fifths of Republicans. Much smaller shares said their top worry was unemployment, crime or immigration.

Respondents cited inflation as their biggest personal concern eight times more often than they cited worries about someone in their household losing their job.

Moreover, 41% of registered voters said Republicans had the best approach for handling inflation, compared with 30% who picked Democrats.

In the weeks before the OPEC+ decision to cut output, U.S. gasoline prices had been trending lower as oil traders grew concerned about the prospects of a global recession.

But the U.S. national average for gasoline prices on Thursday was up to $3.87 a gallon, about six cents higher than two days earlier, before the OPEC+ announcement, according to data from the American Automobile Association.

Forecasters do not expect gasoline prices to surge back to summertime highs. Some parts of the country — mainly California and parts of the Midwest that experienced a recent surge due to refinery outages — could see prices ease in the weeks ahead.

The price of U.S. crude has risen more than a dollar since Tuesday to about $88 a barrel, the highest since mid-September.

“This is bad news for Democrats,” said Douglas Heye, a Republican strategist. “The Democratic argument three weeks ago was, essentially, things are less bad, which isn’t a great argument. They can’t even use that one now.”