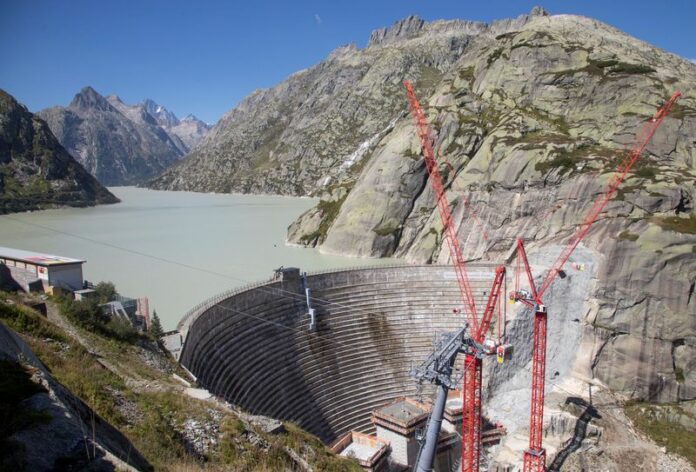 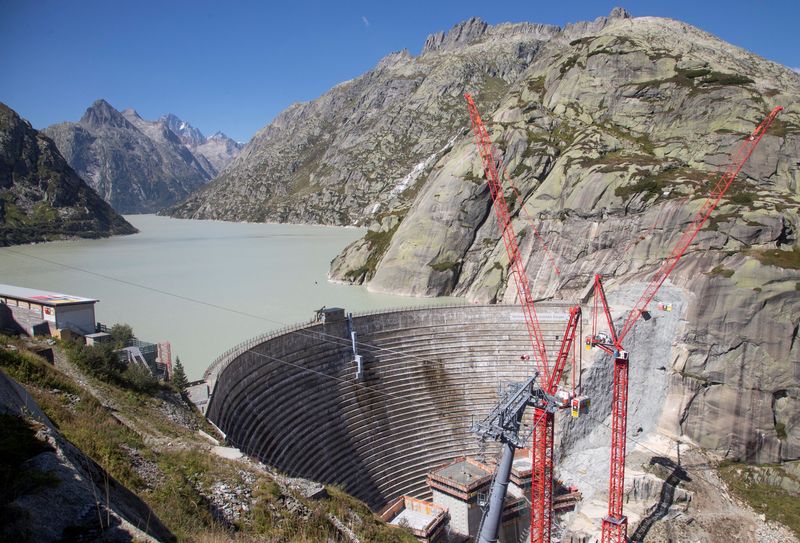 BERN/GRANDE DIXENCE, Switzerland (Reuters) – Having dodged most of the fuel-driven surge in inflation plaguing its neighbours, Switzerland is moving ahead with plans to boost its energy security and lock in tame power prices – but only reluctantly.

Switzerland’s focus on hydropower, which Energy Minister Simonetta Sommaruga calls “the backbone” of its electricity production, has helped shelter the country compared with others from soaring oil and gas costs, but it is far from immune.

Sommaruga believes the Swiss have been woken up to a need to wean themselves off fossil fuels by the European power crisis since Russia’s invasion of Ukraine, and by the risk of energy rationing in a worst-case scenario this winter.

She wants to achieve greater energy security by tapping the Alpine confederation’s unique geography to develop solar power and expand hydropower — and she is trying to drag along local interests worried about the landscape and the ecological impact.

A successful pivot to a clean, independent energy supply, which the government is pursuing under its “Energy Strategy 2050”, promises to underpin Switzerland’s position as a high-end economy at the heart of Europe with a safe-haven currency.

“If we can use solar power and hydropower together, this I think is really the ‘dream team’ of Swiss energy production,” Sommaruga told Reuters in an interview.

The “if” is significant: Implementing change is not easy as Switzerland’s system of direct democracy means projects can be blocked at a local level. It has taken years just to get approval to raise the wall of one existing dam, for example.

Last week, Sommaruga achieved some success. Parliament passed legislation on the compulsory construction of solar panels on new buildings. But it was so full of caveats that Sommaruga expects about 70% of buildings will be exempt.

The legislation also facilitates the approval of large solar projects in the mountains, which can qualify for state funding, though it is up to the cantons to approve them.

In the southwestern canton of Valais, Switzerland’s potential to harness energy from its own resources is demonstrated by the imposing 285 metre(935 ft)-high Grande Dixence dam, which holds some 400 million cubic metres of water.

“That’s enough to supply around 400,000 houses with electricity for a year,” Amédée Murisier, head of hydropower production at energy company Alpiq, said ahead of what he expects to be a “pretty tense” winter.

“We are going to store water in the dams for late in the winter to make sure we are not in a tight spot,” added Murisier, speaking next to the vast and almost-full Lac des Dix reservoir that the Grande Dixence dam withholds.

Sommaruga said Europe’s energy crisis had made the Swiss “much more aware that we have to have more production and more storage in our country. We have to expand renewable energy.”

There are still calls for moderation though, so as not to disrupt biodiversity or blight the picture postcard Swiss Alps.

“My heart bleeds when I think of photovoltaic modules in a nature park,” said lawmaker Stefan Mueller-Altermatt of centrist party Die Mitte.

Nils Epprecht, managing director at the SES Swiss energy foundation, wants solar power to be pursued within limits that protect nature. He is worried that in its push to replace fossil fuels with renewables, parliament will neglect biodiversity.

“The risk is they throw the baby out with the bath water,” he said. But he described last week’s package as “acceptable”.

To get through winter, the government is temporarily easing water-use rules to let some hydropower plants boost capacity and is releasing petrol, diesel, heating oil and kerosene from its strategic reserves.

The upshot is that while Switzerland’s share of renewables — about a quarter of the total energy supply — puts it ahead of leading European economies like Germany and France, it lags behind Norway and Iceland, data from the Paris-based OECD show.

Looking beyond the winter, Sommaruga wants to try to keep power prices down, but her priority is clear: “The most important thing is to have security of supply.”

The Swiss have so far dodged much of the cost of living crisis endured by their European neighbours, with inflation running at just 3.3% compared with 10.0% in the euro zone.

This is partly thanks to its energy mix, in which gas only accounts for about 15% of total consumption. But Sommaruga stresses there is “no certainty at all” about power supplies this winter.

Relatively high incomes and the low weight of energy in the consumer price index (CPI) — just 5% in the Swiss CPI basket compared with over 10% in Germany, according to OECD data — also explain the difference.

Another factor is the strong franc, which gives Switzerland some protection against higher import costs, and which Swiss National Bank Governing Board member Andrea Maechler has described as “very strong”. The SNB is on inflation’s case.

“We are paid to be worried and to make sure that inflation stays in check,” Maechler said.

Christian Schaffner, Executive Director of the Energy Science Center at the Federal Institute of Technology, would like Swiss politicians to show the same zeal in pushing renewables.

“We have been too slow, way too slow,” said Schaffner, who coordinated researchers in drawing up a policy brief on moving towards Swiss energy independence.

As well as more hydropower, Schaffner would like a boost in wind and solar power. The snow’s reflection in the Alps could allow double-sided photovoltaic units to harvest more energy.

“Photovoltaics and wind are among the cheapest ways to produce electricity in the future, especially if we assume natural gas prices stay higher. In that regard, having more photovoltaics in the system should bring down costs,” he said.

Hydropower adds flexibility, which allows Murisier to keep the water held by the Grande Dixence dam in reserve.

Murisier is also seeking permission to build a new dam below a retreating glacier near Zermatt — a project he describes as part of a broader discussion in Switzerland about “landscape protection versus additional green energy.”

“I think that discussion will, as always in Switzerland, need compromises from both sides,” he said.

“It’s not possible to cover all remaining Alps with hydropower schemes. That would be too much. But certainly in a few selected spots, there is potential. And we need that.”