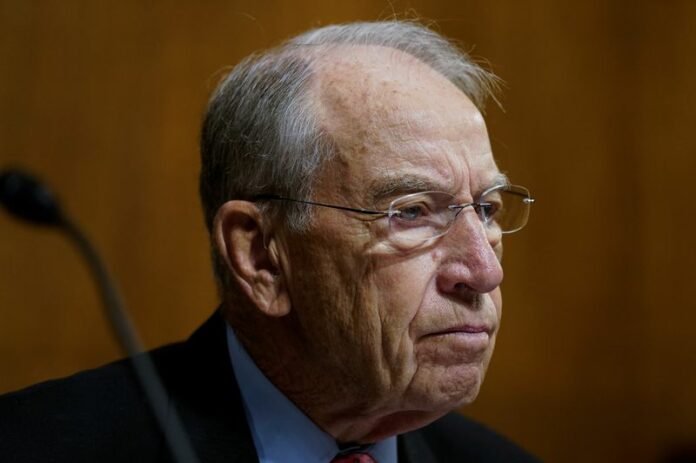 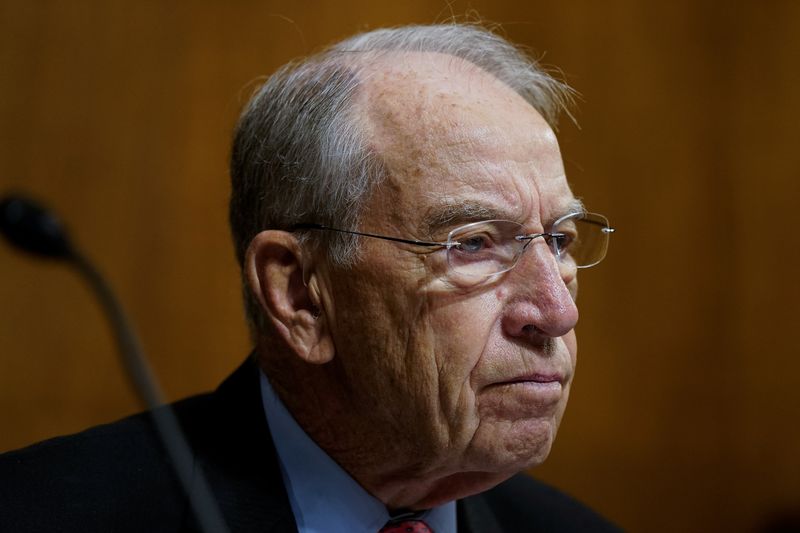 WASHINGTON (Reuters) -Top U.S. senators from both parties on Thursday gave momentum to a bill pressuring OPEC+ after the group this week announced a deep cut in oil production despite lobbying by President Joe Biden’s administration to keep the taps open.

The so-called No Oil Producing and Exporting Cartels (NOPEC) bill gained interest after OPEC+, a group led by Saudi Arabia and Russia, decided on Wednesday to cut oil production by 2 million barrels per day. OPEC+ made the move despite tight oil global supplies worsened by Russia’s war in Ukraine.

“What Saudi Arabia did to help (Russian President Vladimir) Putin continue to wage his despicable, vicious war against Ukraine will long be remembered by Americans,” said Senate Majority Leader Chuck Schumer, a Democrat. “We are looking at all the legislative tools to best deal with this appalling and deeply cynical action, including the NOPEC bill,” Schumer said in a statement.

Senator Chuck Grassley, a Republican who sponsored NOPEC, said he intends to attach the measure as an amendment to the forthcoming National Defense Authorization Act.

NOPEC easily passed the Senate Judiciary Committee in May,

with support from Democrats including Senator Amy Klobuchar, a former 2020 presidential candidate. It passed a House committee last year.

If passed by both chambers of Congress and signed by President Joe Biden, NOPEC would change U.S. antitrust law to revoke the sovereign immunity that has protected OPEC+ members and their national oil companies from lawsuits.

It would give the U.S. attorney general the option to sue the oil cartel or its members, such as Saudi Arabia or Russia, in federal court.

“OPEC and its partners have ignored President Biden’s pleas for increased output, and now they are colluding to reduce production and further raise global oil prices,” Grassley said in a statement. “We should at least be able to hold them accountable for their unfair price fixing,” he said.

It was uncertain whether an amendment would gain enough support to pass. Congress is unlikely to tackle major legislation until after the Nov. 8 midterm elections.

If Washington were to sue other countries for collusion, the United States could face criticism for its attempts to manipulate markets by, for example, its release of record amounts of oil from emergency reserves between May and November.

Klobuchar’s office did not immediately respond to requests for comment.

The White House said on Wednesday it would consult with Congress on “additional tools and authorities” to reduce OPEC+’s control over energy prices, an apparent reference to possible support for NOPEC. The White House had previously raised concerns about the bill.