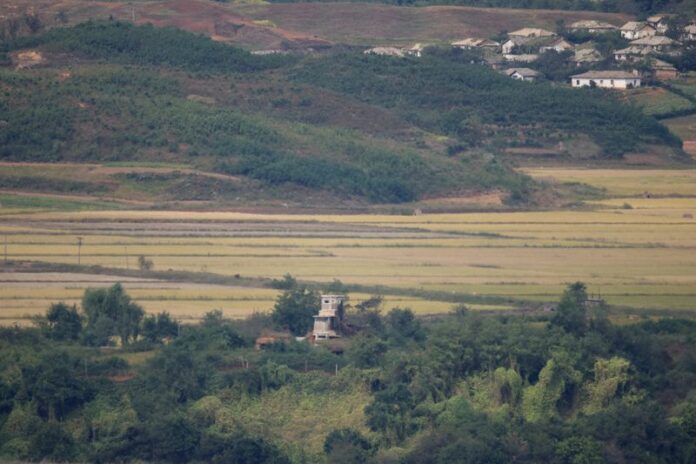 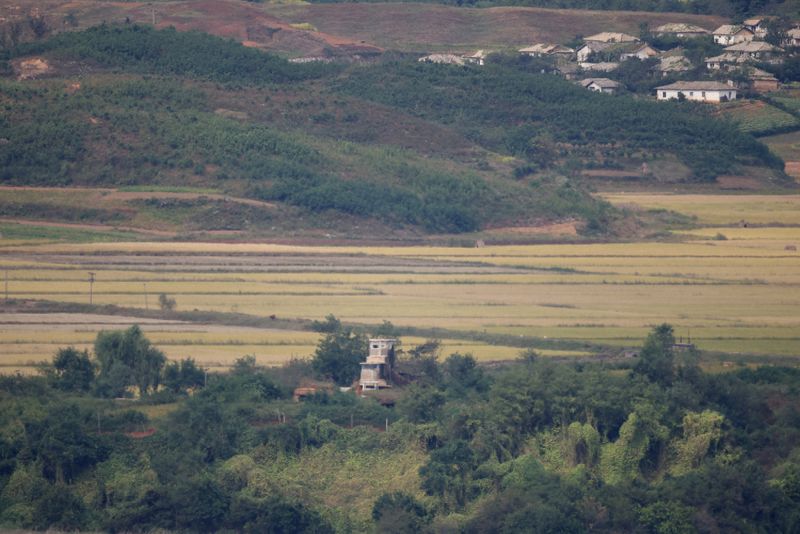 © Reuters. FILE PHOTO: A North Korea’s guard post is seen at North Korea’s propaganda village Kaepoong, in this picture taken from the Unification Observation Platform, near the demilitarized zone which separates the two Koreas in Paju, South Korea, October 6, 2022.

By Daphne Psaledakis and David Brunnstrom

“By designating these entities and individuals, the United States is sending a clear message that we will continue to take actions against those who support the development and sustainment of the DPRK’s military and weapons arsenal,” U.S. Secretary of State Antony Blinken said in a separate statement, referring to North Korea by the initials of its official name.

North Korea’s mission to the United Nations in New York did not immediately respond to a request for comment.

The sanctions came after North Korea fired an intermediate-range missile over Japan on Tuesday, which prompted joint South Korean and U.S. missile drills.

North Korea also fired two short-range ballistic missiles into the sea on Thursday in the direction of Japan, after the return of a U.S. aircraft carrier to the region and a U.N. Security Council meeting in response to the North’s recent launches.

Those launches were the sixth time in 12 days that North Korea has test fired ballistic missiles.

Decades of U.S.-led sanctions have not stemmed North Korea’s increasingly sophisticated missile and nuclear bomb programs, and North Korean leader Kim Jong Un has shown no interest in returning to a failed path of diplomacy he pursued with former U.S. President Donald Trump.

The United States accused China and Russia on Wednesday of enabling Kim by protecting Pyongyang from attempts to strengthen U.N. Security Council sanctions imposed over its nuclear weapons and ballistic missile programs.

It accused them of being involved in the ownership or management of a vessel that has participated in several deliveries of refined petroleum to North Korea.

Washington said the vessel conducted ship-to-ship transfers with North Korean vessels and at least one direct delivery and said it engaged in “deceptive shipping practices.”

United Nations sanctions monitors have found that North Korea has repeatedly circumvented restrictions on trade of things like coal and oil, often through transfer from ship to ship at sea.