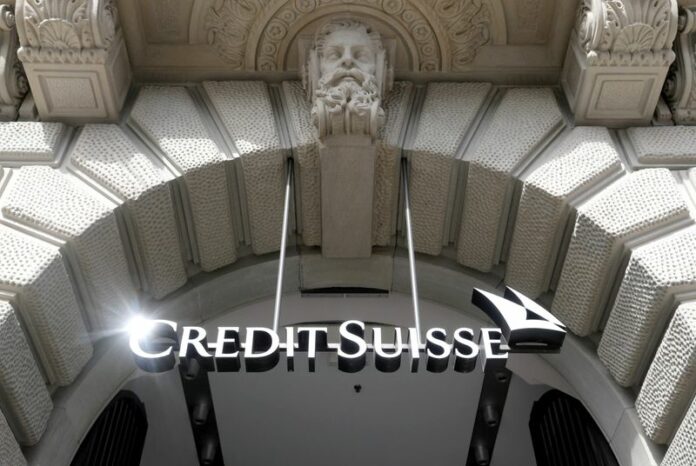 Investigators are examining whether the bank aided U.S. account holders, particularly those with South American passports, who may not have told the Internal revenue Service about assets worth hundreds of millions of dollars, the report said, citing people familiar with the matter. (https://reut.rs/3CRbfEN)

The investigation adds to the embattled bank’s woes.

One of the largest banks in Europe, Credit Suisse is trying to recover from a string of scandals, including losing more than $5 billion from the collapse of investment firm Archegos last year, when it also had to suspend client funds linked to failed financier Greensill.

Over the past three quarters alone, losses have added up to nearly 4 billion Swiss francs ($4.03 billion) and last week, in an unusual move, the Swiss National Bank, which oversees the financial stability of systemically important banks in Switzerland, said it was monitoring the situation at Credit Suisse.

Credit Suisse, Switzerland’s second-biggest bank, said last week it will buy back up to 3 billion Swiss francs of debt, in an attempt to show its financial muscle when speculation about the bank’s future gathered pace on social media.

Under a restructuring launched by Chairman Axel Lehmann, the bank envisions shrinking its investment bank to focus even more on its flagship wealth management business.

“Credit Suisse does not tolerate tax evasion,” the bank told Reuters in a statement on Tuesday. It also added that it is “cooperating extensively with U.S. authorities, including the U.S. Senate and Department of Justice.”

A spokesperson for the Justice Department did not immediately respond to a Reuters request for comment.